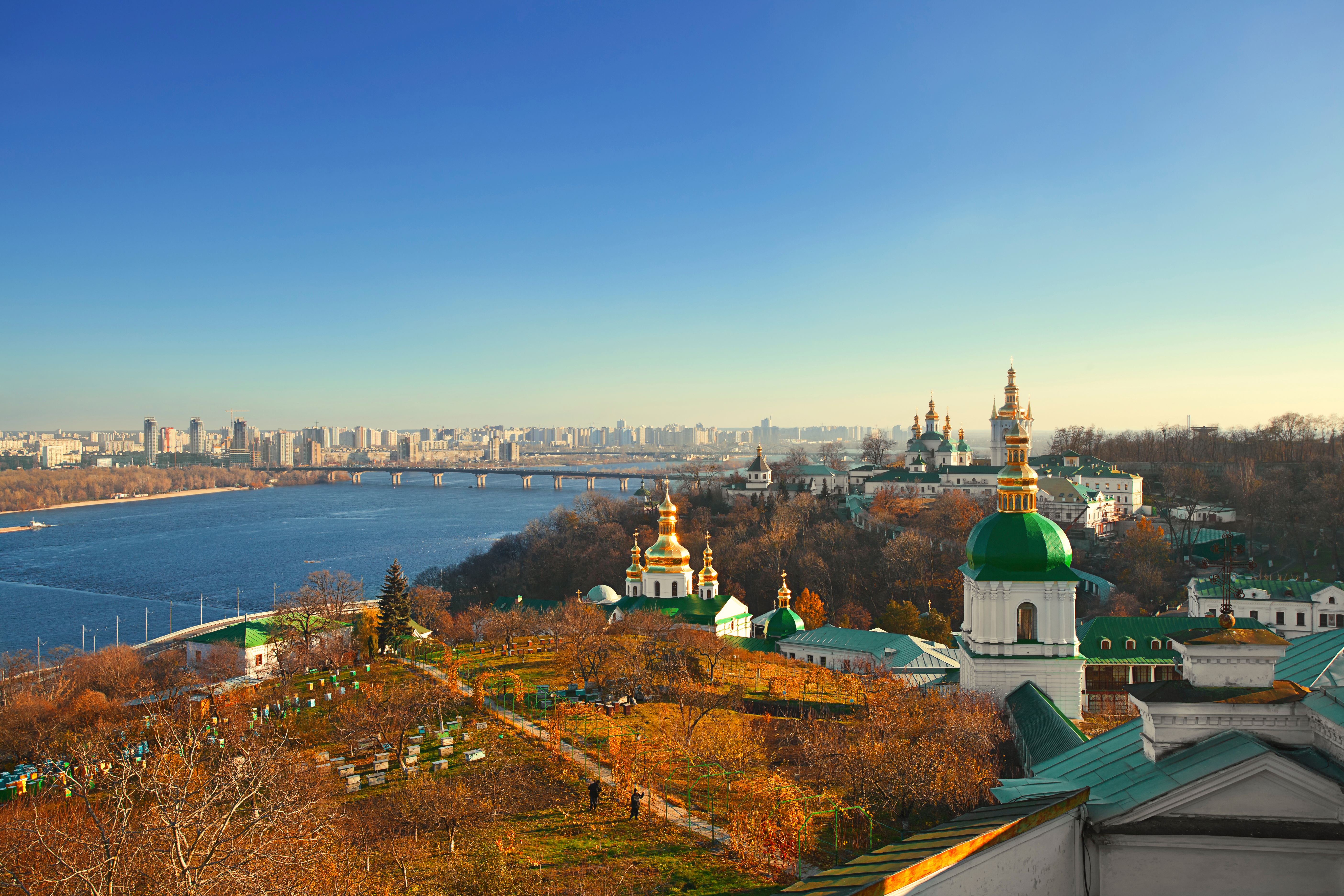 Ukraine’s economy was very volatile during the last decade, having endured two recessions in 2009 and 2015. Now, however, in 2019, the country is in its fourth year of recovery. Annual growth in 2018 was 3.3 percent, the highest in seven years. In the first quarter of 2019, growth slightly weakened to 2.5 percent year-on-year. However, key sectors of the economy are again improving. As such, economic growth may pick up again to above three percent, if there are no new shocks to the economy.

The main driver in the current phase of the economic cycle is the recovery of private consumption after the deep slumps in purchasing power in the recent past. Demand is boosted by strong growth of nominal and real wages in double digit territory, increases of pensions and social transfers, substantial remittances from millions of Ukrainians working in Poland and other (eastern) European countries (4.5 billion euros or five percent of GDP of remittances in January to May 2019 alone) and finally, the return of bank lending activity, with consumer loans growing by 18.7 percent  year-on-year in May 2019.

There is even more positive news.

Last year, inflation reached a five-year low, falling into single digit territory given a prudent monetary policy, a comparable stable exchange rate and falling fuel prices. Moreover, the money sent home by Ukrainians working abroad compensates for a widening trade deficit and even allowed for a replenishment of international foreign exchange reserves. Even amidst large amounts of public debt repayments, the net flow of capital to and from Ukraine remains relatively balanced. Therefore, we think that Ukraine has made some progress in becoming more resilient.

For Ukraine, 2019 is a double election year: In May, the newcomer Volodymyr Zelensky won presidential elections and scheduled snap parliamentary elections for 21 July. Despite the election season, business expectations and consumer sentiment are close to or already at their historical peaks, which again favors private consumption and investments.

Despite economic improvements, Ukraine is still seen as being reliant on continued cooperation with the International Monetary Fund (IMF). The country has been a frequent client of the IMF and is currently in its third program since 2014. A new government is expected to negotiate a new IMF program for the upcoming three to four years after the parliamentary elections.

Key economic challenges for Ukraine’s policymakers will be to refrain from populist budget expenditures not backed by the growth of budget revenues, finally kicking off the stalled privatization program and further structural reforms and – most crucial for long-term development – implement effective measures to fight rampant corruption.

Inflation, while already lower, is still far away from the target range of the central bank of five plus one percent. The national bank has followed a textbook policy approach of tight monetary policy, such as raising interest rates to very high levels. The key interest rate has been set to 17.5 percent, almost double the inflation rate.

As a side effect of high interest rates in combination with relative economic and exchange rate stability, Ukraine has become highly attractive for risk tolerant portfolio investors. Double digit yields on local currency government bonds are among the highest across emerging markets. However, in the past, the Ukrainian bond market had been difficult to access for foreigners, given complicated regulation of the exchange rate and the lacking infrastructure of the bond market. 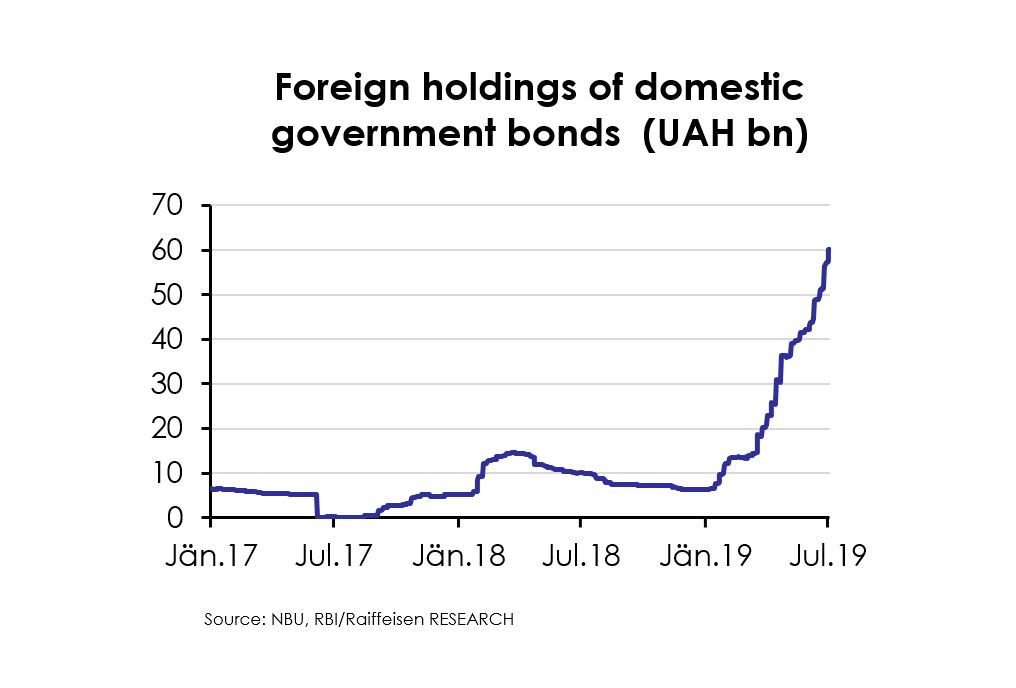 The latter has been substantially improved by liberalizing the exchange rate and in opening the Clearstream link in May 2019. Clearstream is an international securities depository, which provides services for hard currency bonds and 57 domestic markets worldwide. In addition to simplifying the entry into the Ukrainian market, increasing the efficiency of settlements and reducing their cost for potential investors, the use of Clearstream increases the liquidity of Ukrainian bonds and their attractiveness on international markets. The government of Ukraine is also benefiting from higher volumes with lower cost of borrowing and wider range of sources of financing. Consequently, non-resident investors significantly increased their portfolio of investments in Ukrainian domestic government bonds: from January to June 2019, the portfolio held by foreign investors increased almost ten times to 60 billion Ukrainian hryvnias or 2.1 billion euros, a 12-year high.

If the political situation remains relatively calm, the cooperation with international partners like the IMF is continued, and high volatility of the economy can be avoided in the future, we expect the interest of foreign investors to grow further.