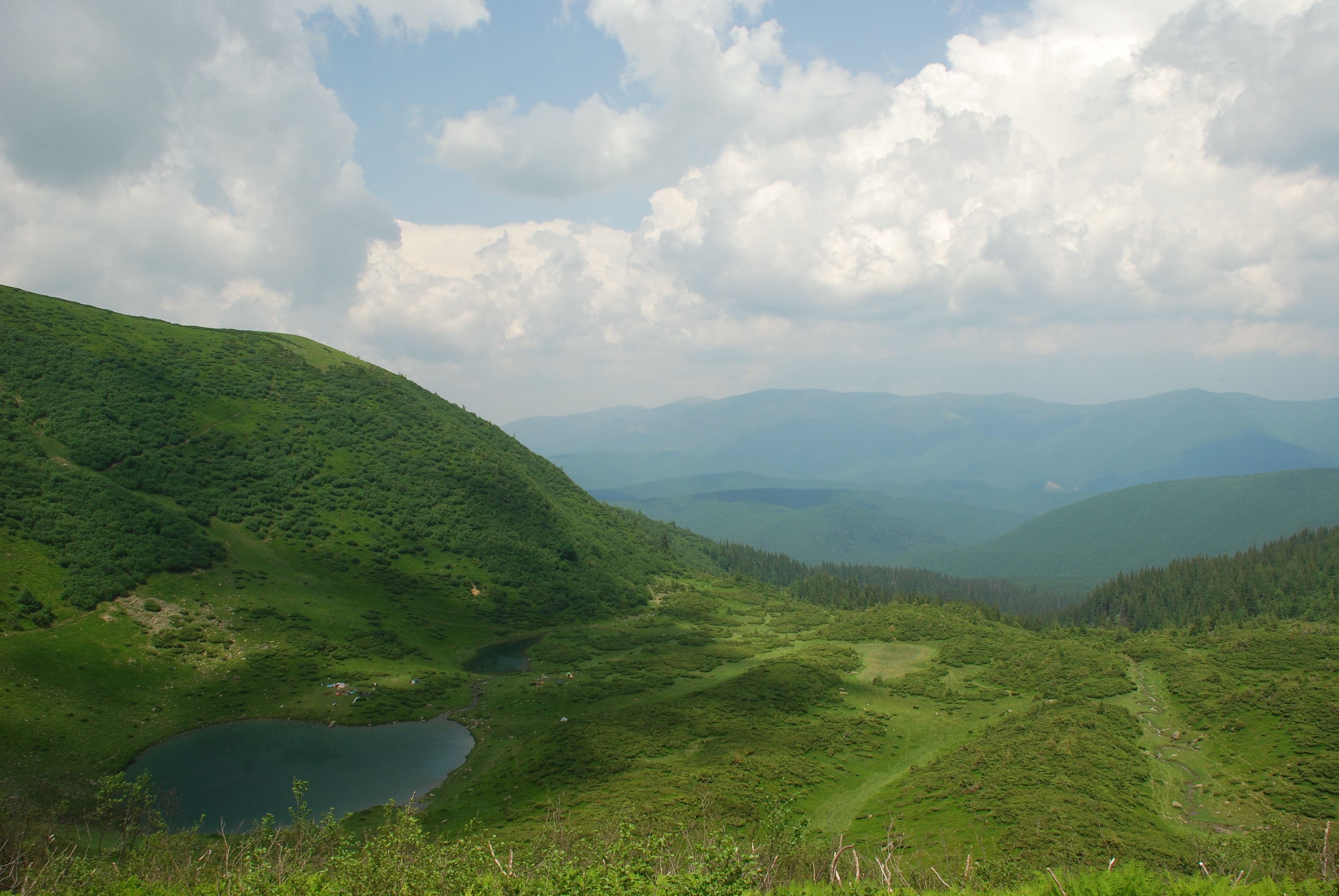 By Dmytro Sologub, Deputy Governor of the National Bank of Ukraine | 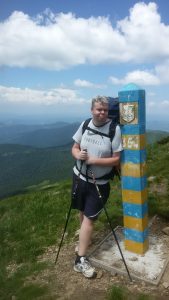 Dmytro Sologub at Maramures Ridge – on the Romanian border

Central banking is a tough job. It requires making policy decisions in an uncertain environment under pressure from the various groups of interests. Hence, I’m often asked both in my public and private interactions: How do you relax from your challenging office work? Sex, drugs and rock ’n’ roll is my common answer :-), but if we get serious then the reply is different – lodging and hiking in Ukraine’s Carpathian Mountains.

My true romance with the Carpathians started around 15 years ago and I would name three reasons why. First, growing up in a country where the highest peak is 345 meters, the mountains and landscape in Western Ukraine proved really appealing to me.

Second, summer seaside holidays are usually associated with crowded beaches and abnormal heat – but the Carpathian Mountains win on both accounts, providing a rare opportunity in the modern world to escape big crowds and come very close to nature.

And, third, in contrast to my native country of Belarus, where the myriads of forests and lakes make mosquitos the usual companions of your summer holidays, you can hardly find any mosquitos in the Carpathians.

The Carpathians have changed a lot over the last 15 years, transforming from a backward provincial area with poor infrastructure into an almost-all-year-round resort with a wide variety of accommodation types and outdoor activities (skiing, hiking, horse-riding, rafting, berry and mushroom picking etc.).

In my view, there are three main factors behind this remarkable transformation. And what is interesting is that all of them have nothing to do with the policies of central or local governments.

First, the Carpathians strongly benefited from the development of Bukovel ski resort – the first (and still the only) international level ski resort in Ukraine. Before its development, the villages nearby used to be a backwater, mostly popular with the local bootleggers, who were producing and storing moonshine there, taking advantage of the very poor access to the area due to the lack of roads. But then, the development of the ski resort gave a strong boost to the local economy.

A second factor is the annexation of Crimea, which deprived Ukrainians of their primary destination for the summer holidays, but made the Carpathians much more popular in the summertime. 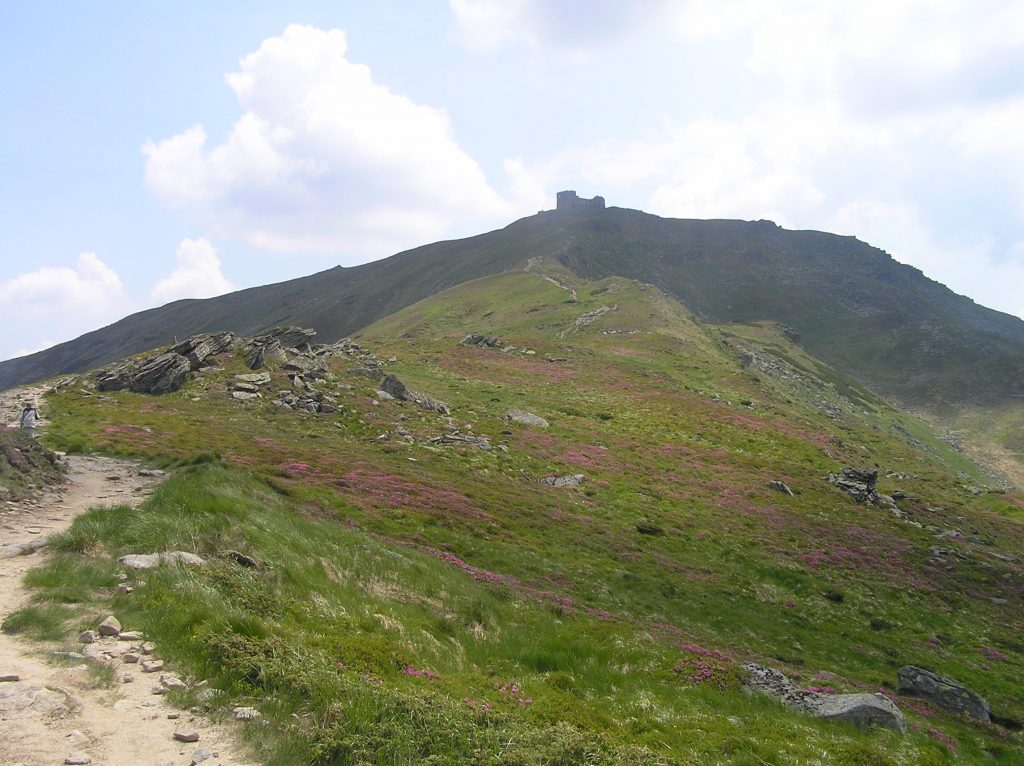 Finally, the devastating economic crisis of 2014-15 severely cut real incomes of Ukrainian households, making foreign holidays much less affordable. At the same time, holidays in Ukraine became much cheaper for foreign tourists and they massively flocked to places like the Carpathians, Kyiv or Lviv. So, nowadays, hiking in the Carpathian Mountains it is quite easy to bump into Polish or Czech speaking people.

Now if you ask me about things which have stayed the same in the Carpathians over the last 15 years, I would mention two of them: roads and people. Poor road infrastructure remains one of the main obstacles for the further growth of tourism in the Carpathian region. Though, on the other hand, poor roads make a lot of places hardly accessible, thus preserving their authentic flavor and uniqueness.

Despite the notable transformations in the surrounding environment, the local people did not change much either. The rhythm of life there (which is very different from in the big cities) and the strong traditions of the local hutsul culture create a very charming mix, making it very attractive for tourists. Hiking in the remote areas I very much enjoy meeting the locals (rangers, cattlemen, berry pickers etc.) as it provides much-needed respite from day-to-day communications on inflation targets, bank profits or exchange rate dynamics. 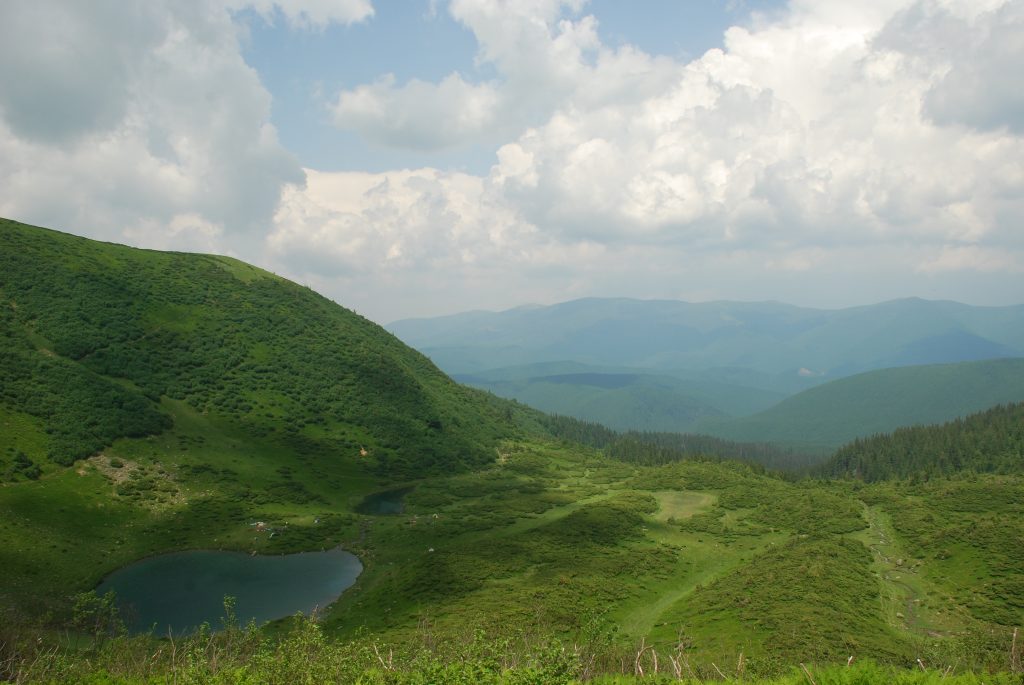 And here are my top 5 favorite places in the Ukrainian Carpathians:

Shayan – a small spa resort village in the Khust region of Transkarpattya, sitting right on the Romanian border. My family and I lodge there every summer, enjoying the unique climate (as the village is squeezed between green hills at the edge of Tysa river valley), tasting delicious local food and drinking mineral water.

Lake Synevyr – one of the most popular places in the Carpathians along with the highest mountain in Ukraine, Hoverla. The lake is located in a remote area in the middle of the mountains and is considered an important part of Ukraine’s natural heritage.

Pip Ivan (Chornohora) – is the third highest peak in Ukraine. There are the ruins of an observatory at the top, which was built by Poles before World War II but has never been used. The view from the top is the best in the Carpathians, but the hike there is quite demanding – at least four to five hours from the nearest village.

Sarata – an extremely remote place at the very corner of Chernivtsi region right on the border with Romania. To get there we had to travel nearly 70 kilometers off-road by lorry. At the moment there are nine families living there, the nearest grocery is 15 kilometers away and in some winters there is no access to the village for three to four months. So I called that place “the end of nowhere”. 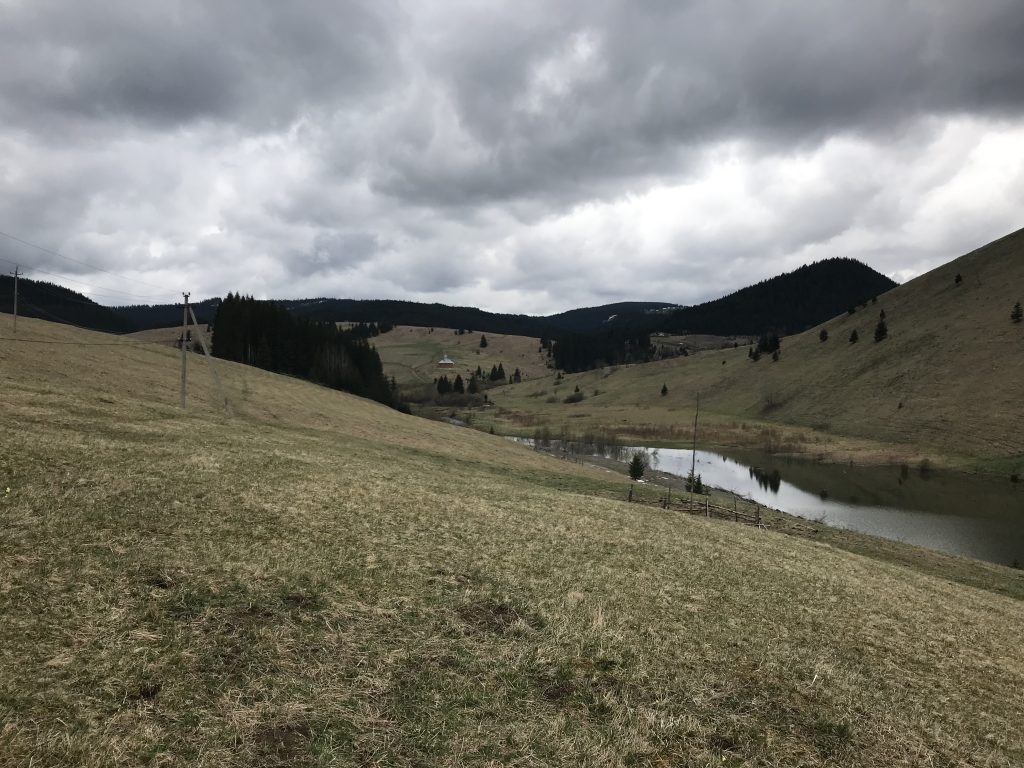 Vorokhta – a resort village in Ivano-Frankivsk region. Used to be a widely-known spa resort from when it was a part of the Austrian-Hungarian Empire (until 1918) and then Poland (until 1939). The main attraction is the arched railway bridge built by Austrians in 1895, which is still one of the longest stone bridges in Europe. Also, in Soviet times it was a popular place for winter sports, featuring ski jumping, a biathlon stadium and a number of ski slopes. Now it is a popular lodging place for tourists who ski in Bukovel or hike to Hoverla. Finally, Stara Vorokhta, my favorite restaurant in the Carpathians, is also located there, serving delicious local specialties such as banush and bograch.