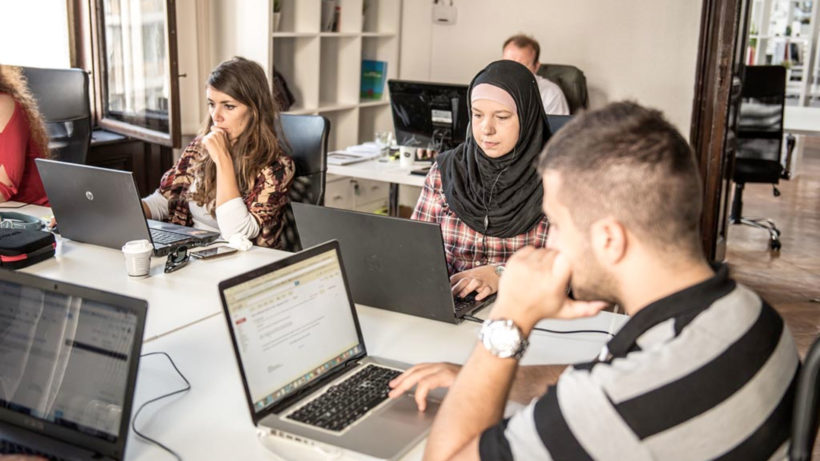 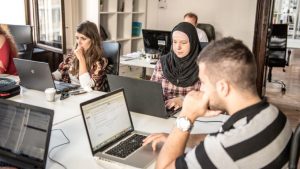 In Belgrad a vital start-up community is growing © Smartoffice

“The Serbian Government is openly talking about digitalization as one of the country’s top priorities. Digitization is also a priority for the National Bank of Serbia “, Nemanja Naunović, Raiffeisenbank Serbia.

Serbia is on the border with the EU, giving its 7 million inhabitants the advantages and disadvantages of an independent state with its own currency and faster decision-making ability of the political protagonists. Fintechs in Belgrade are particularly pleased about the absence of the PSD2 directive. Therefore, Serbia is also a popular place for international European banks. They use this regulatory flexibility to drive forward their own innovations, which in the long term may lead to new products for the global market. Belgrade is regarded as a test laboratory for digital developments in the European banking sector.

IT sector also on the upswing

Also the IT sector is on the upswing: the annual export growth rate in the IT segment is around 20 percent. The government, under PM Ana Brnabić, supports growth in promising market segments with easy access for foreign entrepreneurs. They also invest intensively in urban infrastructure and education in MINT subjects.

In recent years, the start-up ecosystem has grown rapidly – local companies such as the project management tool ActiveCollab or the KPI reporting tool Reportz show the depth of content of the tech companies in the cities of Belgrade, Nis and Novi Sad. „The Serbian Government is openly talking about digitalization as one of the country’s top priorities. Digitization is also a priority for the National Bank of Serbia“, says Nemanja Naunović, from Raiffeisenbank Serbia.

The euphoria is also reflected in the fintech area: The two pioneers eFront and FIS each employ over 500 people in their Serbian branches and actively help to establish the fintech ecosystem. Many branches of international banks are looking for talents and innovative ideas in Serbia.

Especially in a new niche, Belgrade is developing into a global talent pool: The Serbian capital is home to the fourth most blockchain developers in the world. Serbian companies have raised well over USD 100 million through ICOs in 2017. Next year, one of Europe’s most important crypto conferences, „CryptoConf 2019“, will take place in Belgrade.

Serbian fintechs are predominantly B2B-oriented and focused on the investment sector. At the moment, the most important player is Tradecore. The multi-product fintech currently employs 60 people full-time and culminates important key areas together. FinTech, RegTech, Payments and Crypto elements flow together in the services. The founder Stefan Pajković resides with his company in Tel Aviv and London, but is nevertheless considered one of the most influential minds in Belgrade’s fintech ecosystem.

Find here the other articles on our Roadtrips in CEE:

Roadtrip CEE Albania: How a French guy discovered Tirana as best place to start his fintech

Roadtrip CEE: This is how Kosovo’s first Fintech founder works