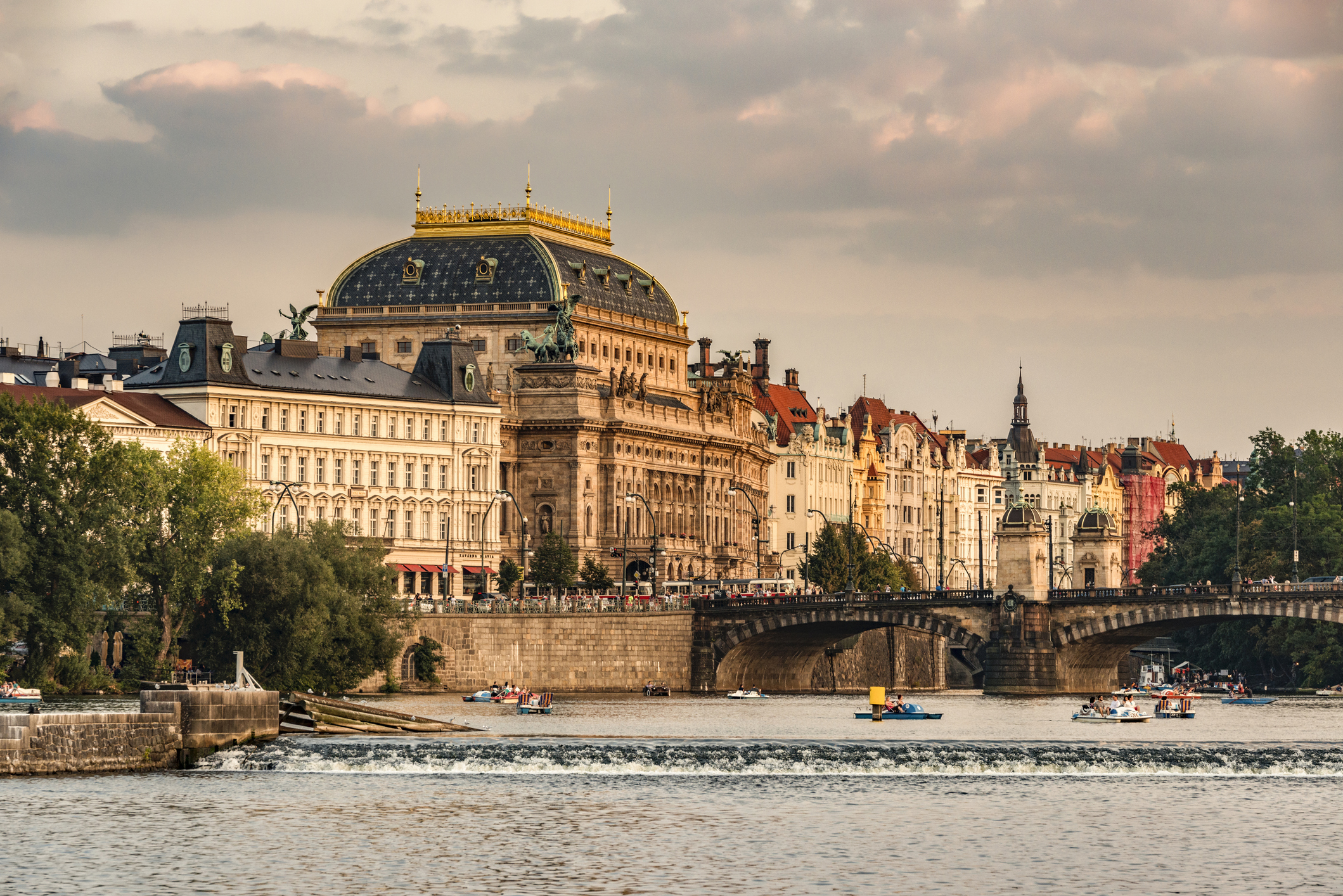 By Petra Kopecka, Raiffeisen Bank in the Czech Republic |

Over two and a half kilograms of twenty-four carat gold was used to gold-plate the roof of the National Theatre, thus nicknamed the Golden Chapel. It is a symbol of national identity and a space for free artistic creation. Also, the National Theatre is a venue that requires specialists such as drape operators, hatters or fire-fighters. Even 140 years after its opening, the theater remains true to its name and will once again offer traditional and contemporary masterpieces of art in 2021.

Fire of the theatre – national disaster

2021 marks 140 years since the first opening of the National Theatre’s curtain, one of the most fortunate events in Czech history when tens of thousands of people celebrated the rebirth of the Czech culture’s self-confidence.

On 12 August 1881, just two months after the grand opening, a fire broke out and destroyed the copper dome, auditorium and curtain of the theatre. The day became the worst Friday in the history of the Czech nation and immediately induced an immense resolve for a new fundraising. 45 per cent of the citizens of Prague donated their money to help to reopen the National Theatre to the public in 1883.

The National Theatre is the prime stage of the Czech Republic. Today, it is made up of four ensembles – the Opera, Drama, Ballet and Laterna Magika. The theatre artistically manages four stages: the National Theatre, State Opera, Estates Theatre, and the New Stage. 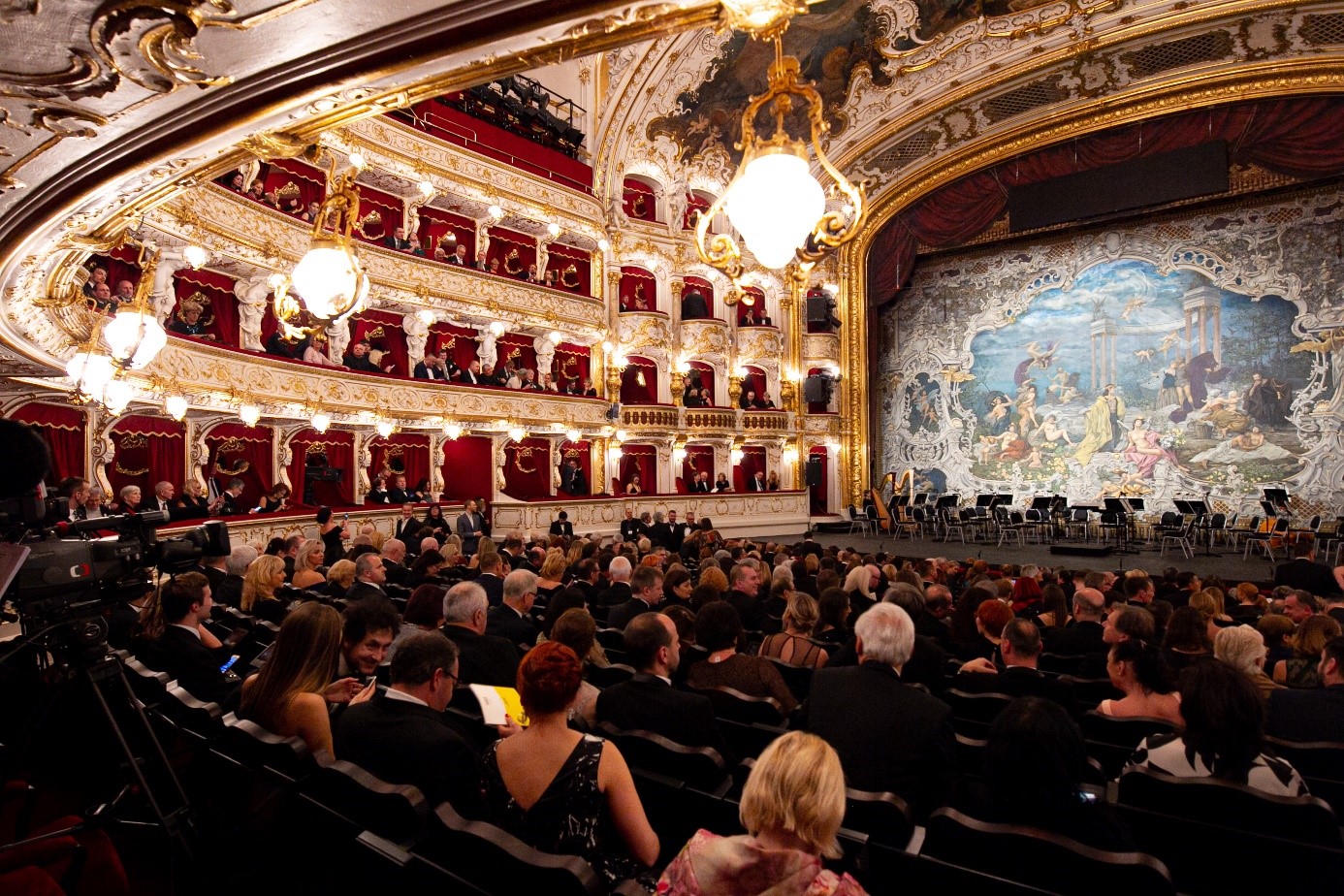 The National Theatre launched its new season in September 2021. The year was marked by a series of online streams and dozens of original posts on social networks, as well as podcast series. The return to full halls is supported by the great interest of the audience and the shared pleasure of all.

The new season consists in part of various premieres that the ensembles could not present due to the recent pandemic.

„I am thinking about the past months when we could not dance in front of live audience yet we were dedicated to carry on and work hard in ballet halls and strengthened our passion for dance by keeping on dancing and turning our dreams into reality. There was nothing we missed as much as the opportunity to inspire the audience with our art. Our great dancers could not wait to finally come up to the stage and meet the spectators face to face,“

The Ballet will present four premieres and one special project in the 2021/2022 season while keeping seven other titles in their repertoire. The first half of the season will include premieres of THE SLEEPING BEAUTY, FORSYTHE / CLUG / MCGREGOR. In February 2022, Prokofiev’s ROMEO AND JULIET (choreography by John Cranko) will join the Ballet’s repertoire, and the season will be topped by a project named BPM, dedicated to Israeli choreographers in collaboration with Yemi A.D., a local performer. 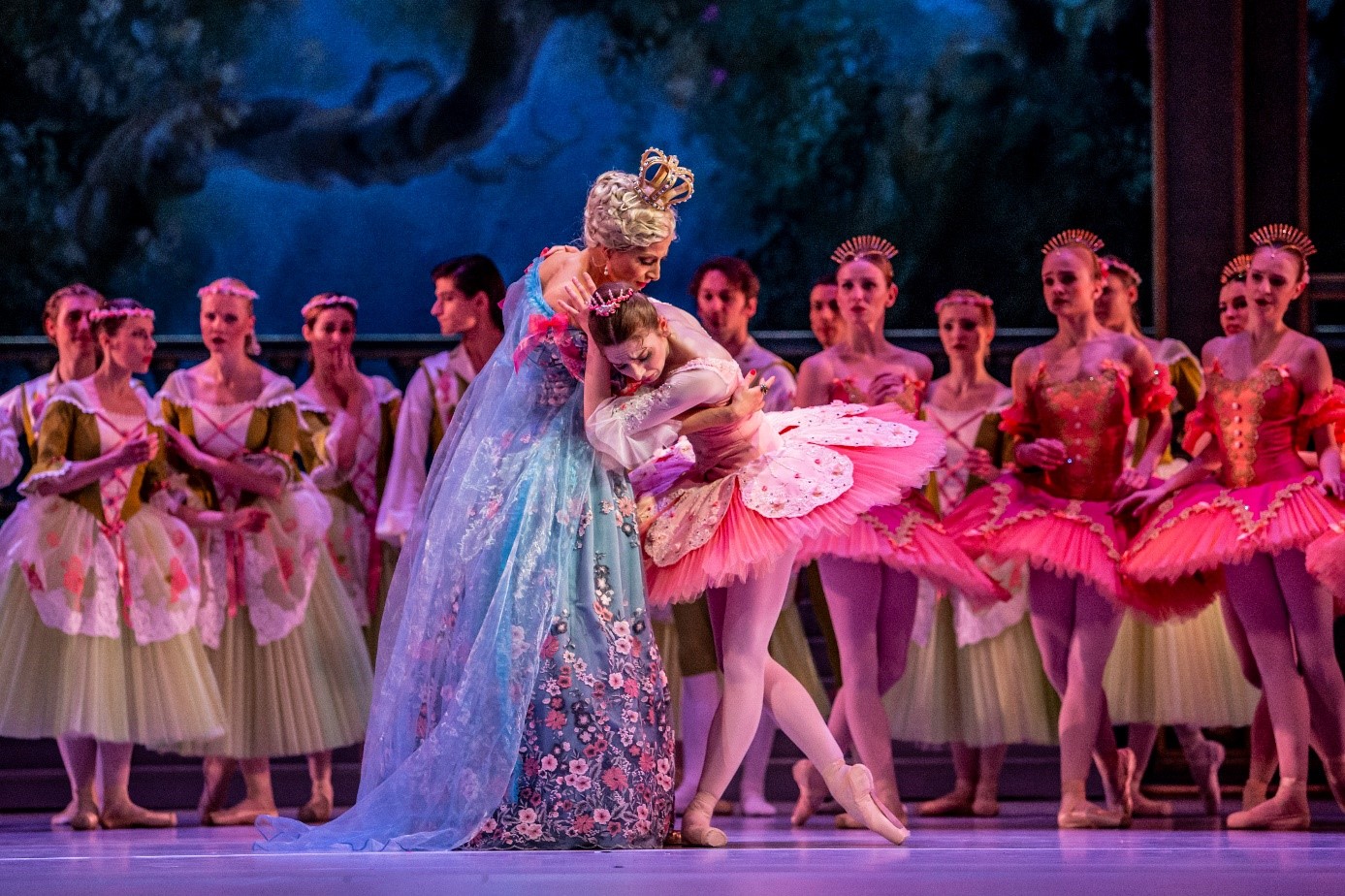 The season’s first premiere of the National Theatre’s Drama ensemble will be Maxim Gorky’s VASSA ZHELEZNOVA in the Estates Theatre on 27 and 28 October 2021.

On 2 and 3 December 2021, the stage of the National Theatre will premiere a production of BEAUTY AND THE BEAST with verses from František Hrubín. The play is intended for all generations.

The third premiere of the season will be THE FATHER WATCHES OVER THE DAUGHTER, a play by Ondřej Novotný created for the National Theatre’s New Stage. Directed by Jan Frič, the play focuses on “watching over” as well as parenthood in general and what it means today to be a father – or a man at all.

This September, Laterna Magika premiered its ROBOT RADIUS project inspired by the legacy of Karel Čapek’s R. U. R. and created in collaboration with the Office of the General Commissioner of Czech participation at the General World Exposition EXPO in Dubai. The production is directed by Miřenka Čechová and performed by Radim Vizváry. The scene is minimalistic, dominated by a large industrial panel. Motion capture technology is used directly on the stage in the form of a suit forming part of a costume. Motion capture allows for capturing the detailed movement of the performer in real time to work interactively instead of playing pre-recorded projections. ROBOT RADIUS is currently the only theatre production in Czechia benefiting from this method of motion capture use. The world premiere will be held in Dubai on 28 October. 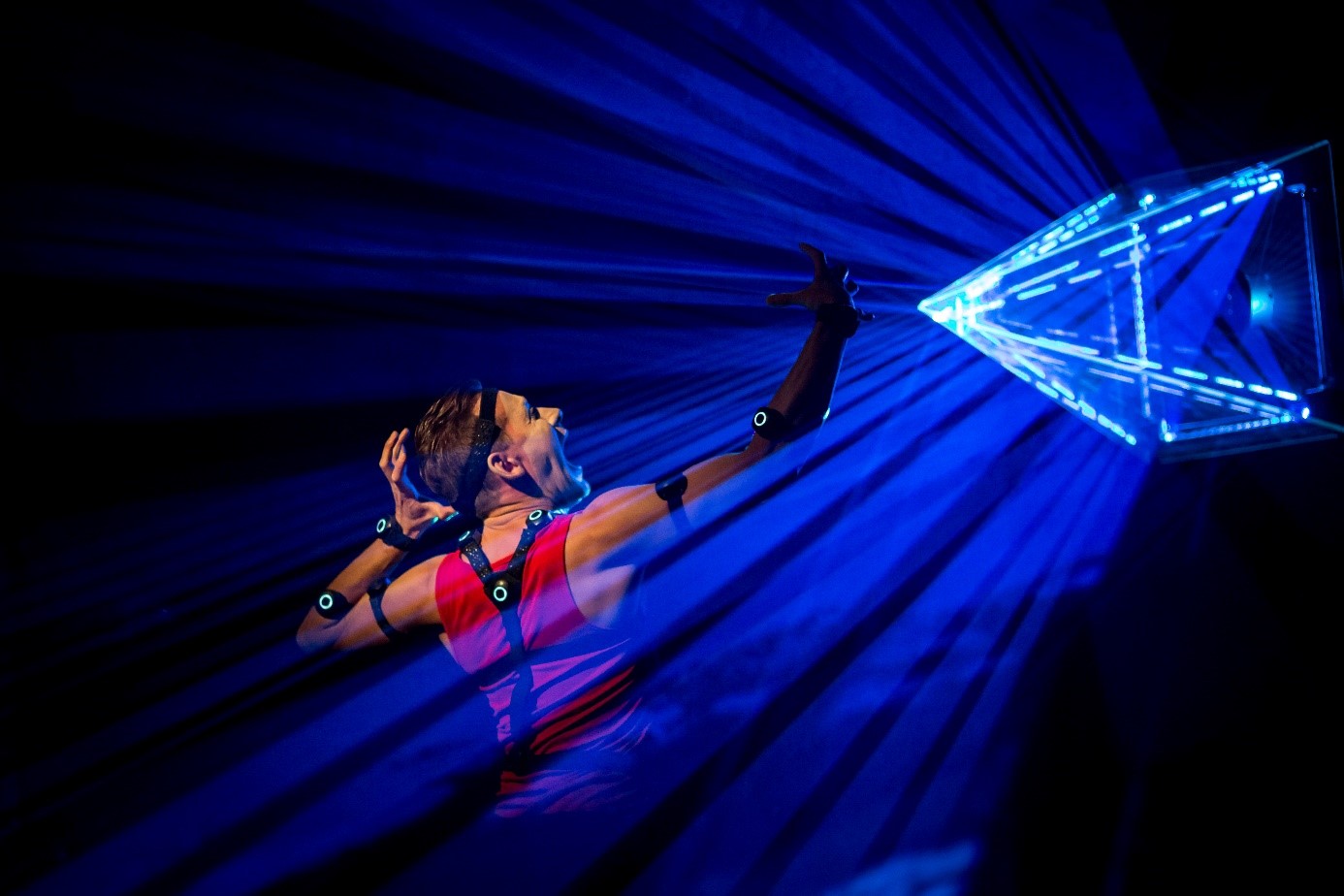 Also the opera ensembles look forward to the new season with great expectations and record-breaking eleven premieres! The National Theatre prepared some of them already during the lockdown of theatres. Mozart’s DON GIOVANNI will be shown in the Estates Theatre, the venue where the famous opera was played for the very first time in 1787.

The State Opera will stage RIGOLETTO, a postponed premiere of CARMEN or reinstated RUSALKA.

Barbora Horáková, the first visiting director of the Opera for the next three years, will stage Kurt Weil’s SEVEN DEADLY SINS in November as well as Schönberg’s revolutionary ERWARTUNG. The world premiere of Erwartung was held in Prague in 1924, conducted by Alexander Zemlinsky, the New German Theatre’s artistic director at that time. Alexander Zemlinsky played a decisive role in shaping the Prague opera life of his time and is therefore naturally the focus of the four-year series Musica non grata. As part of the project and thanks to the generous support of the German Embassy in Prague, the National Theater presents works by composers who were persecuted by the Nazi regime. DER FERNE KLANG, the principal work of Franz Schreker, one of Zemlinsky’s closest colleagues, will be staged in Czechia in March 2022 for the very first time since the original premiere in 1920.

The season’s last premiere is also part of the Musica non grata series, namely FLAMMEN by Erwin Schulhoff who died in a German prison in 1942.

In January 2022, the State Opera will present Richard Wagner’s masterpiece, THE FLYING DUTCHMAN. Alice Nellis, mostly known as a film director, however recently also as a talented opera director, will prepare a new production of THE BARTERED BRIDE.

If you visit Prague, you should not miss the Golden Chapel!

What does responsible banking mean?

3 innovations you didn’t know were from Bulgaria

A trip to Sarajevo