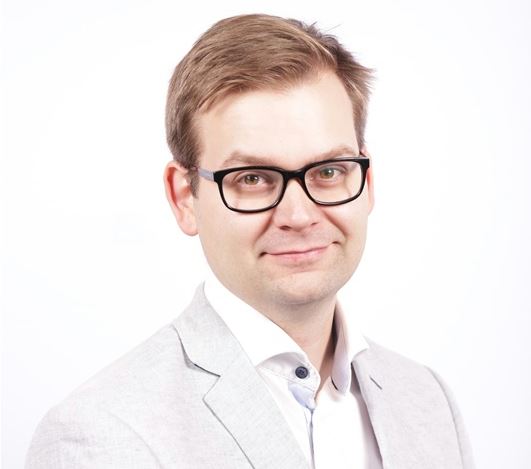 Kristian Luoma runs innovation operations at OP – Finland’s biggest Financial Group. He has created services for millions of customers, including the award-winning Pivo Mobile Wallet. He is an expert in lean service creation and a public speaker about startup innovation and impact of technology to businesses. His background lies in the startup world and Finnish Nokia, which gives him a different viewpoint and expertise to financial disruption, as well as digitisation.​ Luoma exclusively shares his view on the topic innovation with Discover CEE. 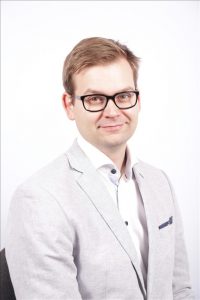 I’ll be the first one to admit that innovation is one of those buzzwords that gets misused to the point that it has started to create allergic reactions. But bear with me for this short comment because innovation is very, very important.

One of the better definitions for innovation is that it is “an effort for creating value”. I’d emphasise the word *effort* over others. The word *value* is pretty important too, but it also follows action, therefore effort is the most important part of this definition. In other words without innovation (=action), companies are not trying to improve their status quo. There are certainly business areas where having the same solid service is the best strategy – but given the pace technology, software and Artificial Intelligence is eating the world, I’d say such industries are more rare than common.

If we choose to sustain the current set of services (as they are), we are falling behind as companies and consumers seek for better alternatives. Therefore, a company that doesn’t innovate is a company that sinks into oblivion.

Innovation has a bad name because it is misused for everything new. Innovation is not an excuse for doing things aimlessly. The very definition implies that innovation is related to creating value. How can we innovate, unless we understand what is valuable? How can we act if we don’t know what is important for customers? Innovating requires us to spend 99 per cent of the time understanding the problem, like Albert Einstein famously said. Innovation probably has been misunderstood because we speak of the outcomes more than the process. We see only nouns (big success stories or grand failures), while the focus should be on the verb.

Fact is all innovation starts small. So small in fact, that it is not worth a great storyline. We need small actions because when we have a genius idea it most often is just assumptions for something that might work. The innovation (= effort, the verb) is a process for turning the fiction (= idea) to a set of facts.

Smart innovators create small experiments to get rid of fiction fast. With small experiments, we risk very little. Too often big corporations want big actions and end up causing big damage while trying to act on ideas. Smart innovators of course will over time get more facts than fiction and will eventually be appreciated for the results. Too often we capture the story of an innovator from that moment and it seems like a success story over night, when in reality it was just many, many experiments accumulating enough expertise to create value.

To conclude, the best way to understand innovating is to think of it as swimming. Like swimming, innovation is not mandatory. However, if you’re in a fluid (pun intended) environment where things change, sinking is the only alternative to swimming. Swimming (like innovation) requires very well defined moves. You have to understand which strokes create value and be fast at learning. Or you’ll sink.

If I’d start swimming for the first time, I’d rather choose not to go across the Atlantic but a smaller pond first. Like in any other action, practice makes you perfect at innovation and eventually makes you more valuable.