Hungary and the Olympics 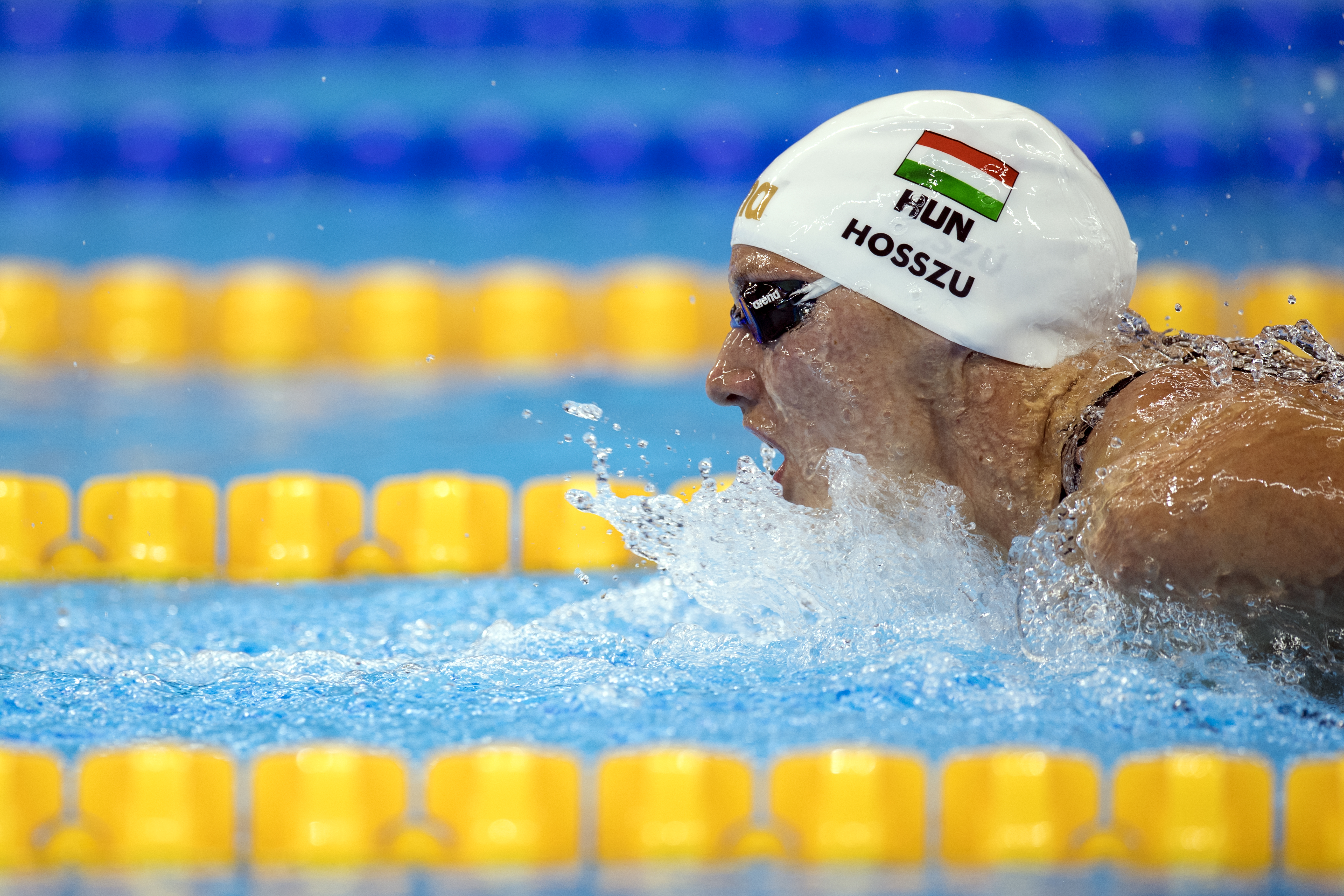 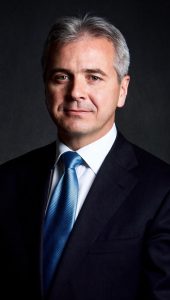 Attila Szalay-Berzeviczy is a former pentathlete. He is the great-great-grandson of Albert Berzeviczy, the first President of the Hungarian Olympic Committee (1896-1904). Today, he is a Senior Adviser to the President of the Hungarian Olympic Committee. On Discover CEE he shares his insights into the captivating history of Hungary’s passion for sports and the Olympic Games. In which list does Hungary rank eight behind the United States, the Soviet Union, Great Britain, China, France, Italy and Germany? The ranking of countries that won the most gold medals at the Summer Olympic Games. According to another ranking, Hungary with its population of ten million has the second highest number of gold medals per capita after Finland. 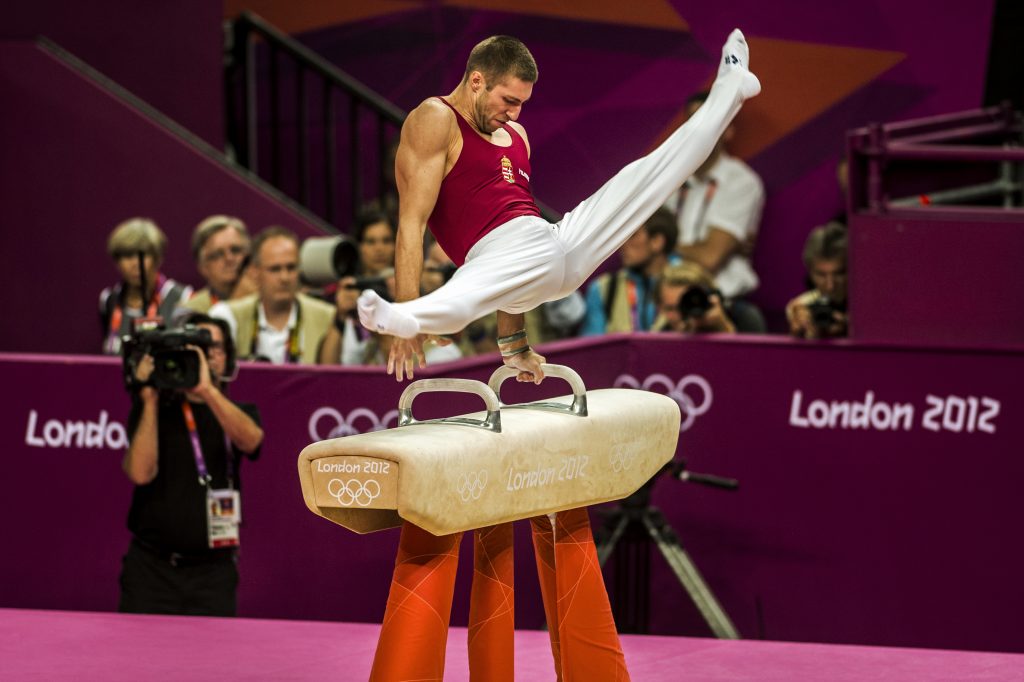 If we look at Hungary’s all-time medal table combining Summer and Winter Olympic Games, its 176 gold, 149 silver and 173 bronze medals still make it the ninth most successful Olympic nation in the world, despite the fact that its first ever Winter Olympic gold medal was won in Pyeongchang just last year. How significant really is it to have won 176 gold medals? Well, we can get a better idea, if we put this fact into a Central and Eastern European context. In the past 120 years, Romania collected 89, Austria 82, Poland 75, and Bulgaria 52 of those most shiny medals. The combined Czech, Czechoslovak and Slovak teams gained 87, while the combined Yugoslav, Serbian, Croatian, Slovenian, Kosovar, Montenegrin, Macedonian and Bosnian teams achieved 54. 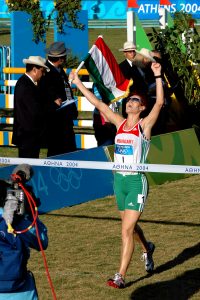 But what is the story behind this historic achievement? To understand better how such a relatively small nation has continuously outperformed its potential ever since 1896 in the most prestigious competition of humanity and became a member in a club in which otherwise only giant nations lounge, you need to go back in history. There is no clear evidence of when and how it all exactly started, but the seeds were sown sometime between the Hungarian Revolution of 1848 and the Austro-Hungarian Compromise of 1867. At first, the hostile resistance against the Habsburg rule, then the friendly competition with Austria, based on rapid social and economic development within the Austro-Hungarian Empire, made amateur practicing of fencing, shooting, horse riding and rowing attractive for more and more people outside the ranks of the military. As a result, by around 1880 many professional sporting clubs were established in Budapest. Sport became a way to prove and distinguish the Hungarian identity within the monarchy. 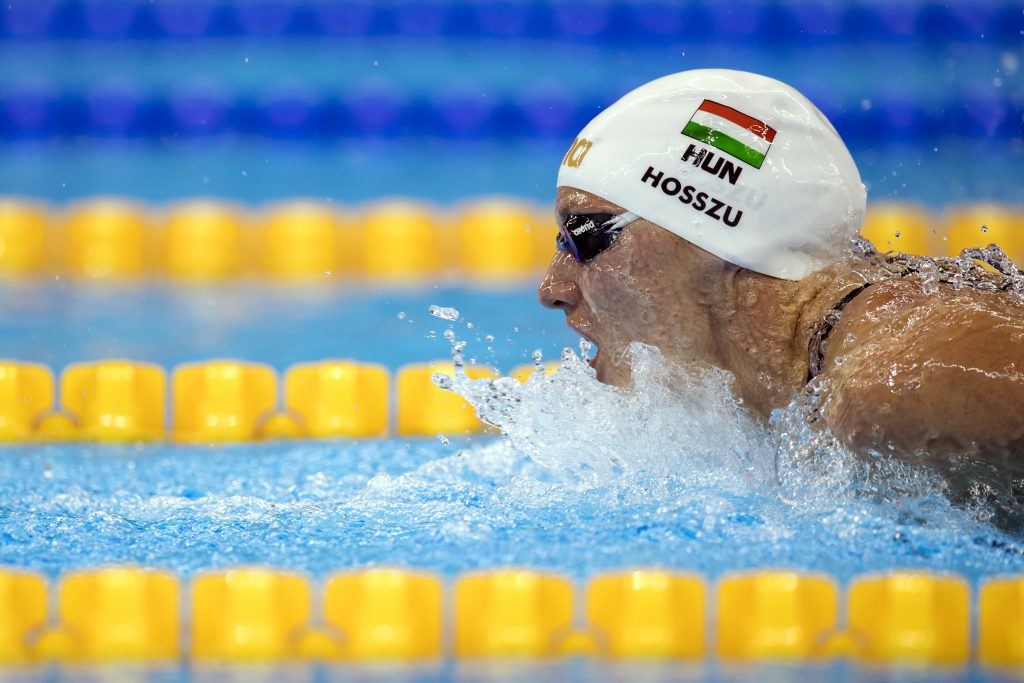 Ferenc Kemény, a school principal from Eger became a friend of Baron Pierre de Coubertin during his studies in Paris. Thanks to this, he could participate in the establishing of the International Olympic Committee (IOC) in 1894. One year after he returned to Budapest, the Hungarian Olympic Committee (HOC) was set up. It was the sixth national Olympic Committee in the world, which was up and running. As a next step, the HOC sent its own team of seven athletes to the first Olympic Games in 1896 held in Athens. It was there that Hungary won its first two gold medals in the men’s 100 meter and 1200 meter freestyle swimming competition, plus adding one silver and three bronze medals to the tally for good measure. With this achievement the Hungarian delegation reached sixth place. This early success paved the way for Hungary to turn itself into a formidable force of the Summer Olympic Games. Only days before Franz Ferdinand was assassinated in Sarajevo, the IOC had awarded the right of hosting the 1920 Olympic Games to Budapest. However, after losing the First World War, not only this right was cancelled and passed on to Antwerp, but the country didn’t even get an invitation to the Games. Instead, the Paris Peace Conference left Hungary with only half of the country’s population and one third of its territories. While this was beyond difficult to comprehend for the nation, it also left a “let’s show to the world who we are” attitude in the Hungarian spirit and psyche ever since. As a result, Hungary was bidding for hosting the 1936 Olympic Games, but it was eventually awarded to Berlin. As a counterbalance, Hungary became the third best performing country at the Berlin Olympics behind the USA and Germany. Two years later, the Hungarian national team made it to the 1938 FIFA Football World Cup Final which was then lost to Italy 2:4 in Paris. 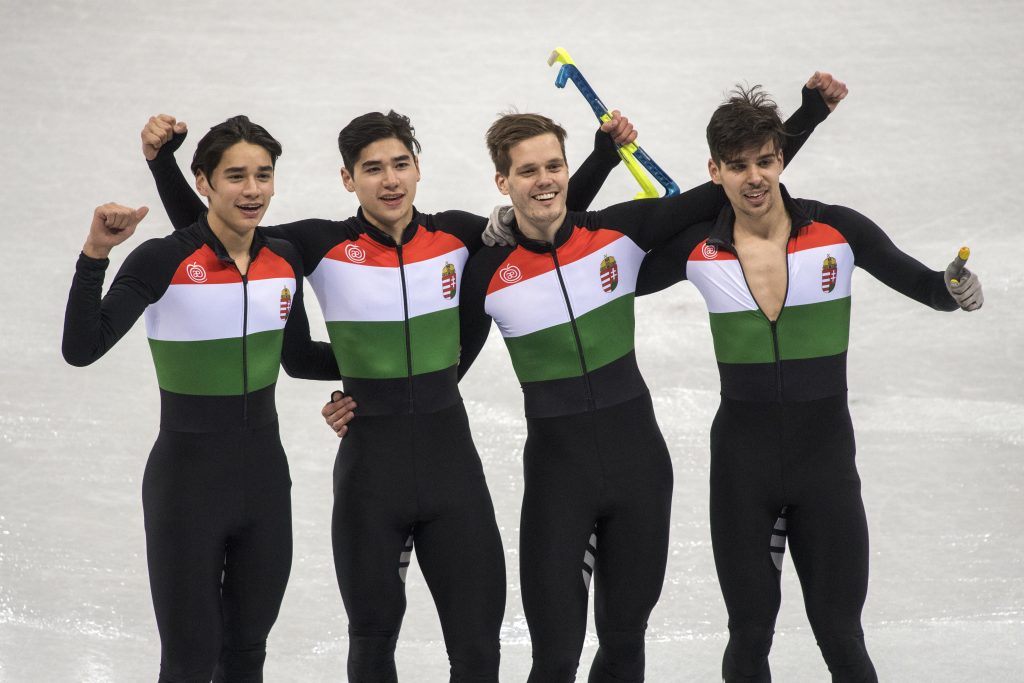 The end of the Second World War left Hungary again on the losing side. A completely destructed capital and the brutal Soviet occupation of the country coupled with the dark age of communism pushed many Hungarians once again to professional sports to prove themselves. Hungary won 16 gold medals at the Helsinki Olympic Games in 1952 and became once again the third strongest nation in the world, this time after the United States and the Soviet Union. One year later, the Hungarian Football National Team became the first foreign squad to beat England in the Wembley Station. In 1954 the same Hungarian national team made it all the way to the final of the World Cup as the absolute favorite. The loss of the Bern final to Germany became one of the greatest national disasters in the Hungarian collective memory. One of the most memorable moments of the Olympic Games happened two years later. One month after the Soviet army crushed the Hungarian Revolution of 1956 and bloody retaliations and executions were taking place in Budapest, while at the very same time in Melbourne the Hungarian team defeated the Soviet side 4:0 in the Olympic water polo final that became known as the “Blood in the Water” match because of its brutality. Hungary closed the Melbourne Games at fourth place in the medal table behind the Soviet Union, the United States and Australia. Half of the “golden” team never returned home but stayed in Australia or immigrated to the US. After the political changes of 1989, the sport retained its importance in Hungary and the 1992 Barcelona Games was concluded with 11 gold medals and the eighth place in the medal table. 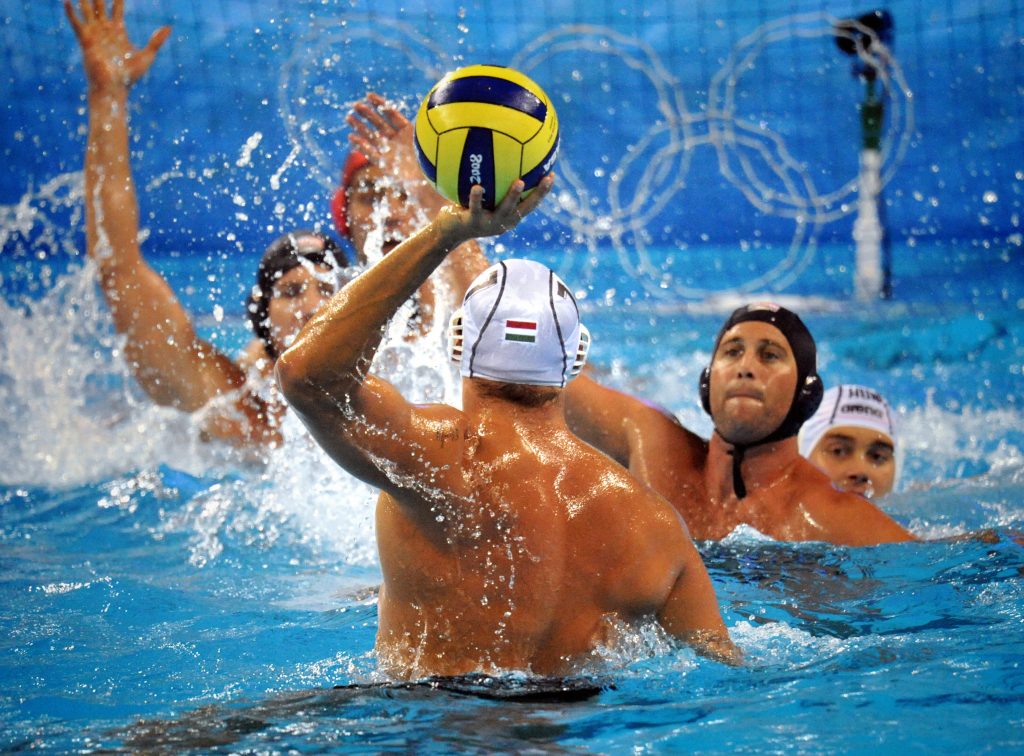 The Olympic Games and the elite sport have become part of the Hungarian national identity during the past century. Therefore, athletes returning home victoriously are treated as celebrity heroes and receive considerable financial support from the state and outstanding prestige in society. The Winter Olympic Games is another matter. After the country lost all of its mountain territory in 1920, winter sports had no foundation in a completely flat country. Nevertheless, Hungary participated in all of the winter games since the first one was hosted by Chamonix in 1924, and collected 1 gold, 2 silver and 4 bronze medals ever since. Now, Hungary prepares for Tokyo 2020, to host four matches of the EURO UEFA 2020 tournament in the brand new Puskas Stadium in Budapest, and to host the Athletic World Championships in 2023. And, last but not least, Budapest prepares itself to be ready in 2023 to bid – hopefully successfully this time – for hosting the 2032 Summer Olympic Games. 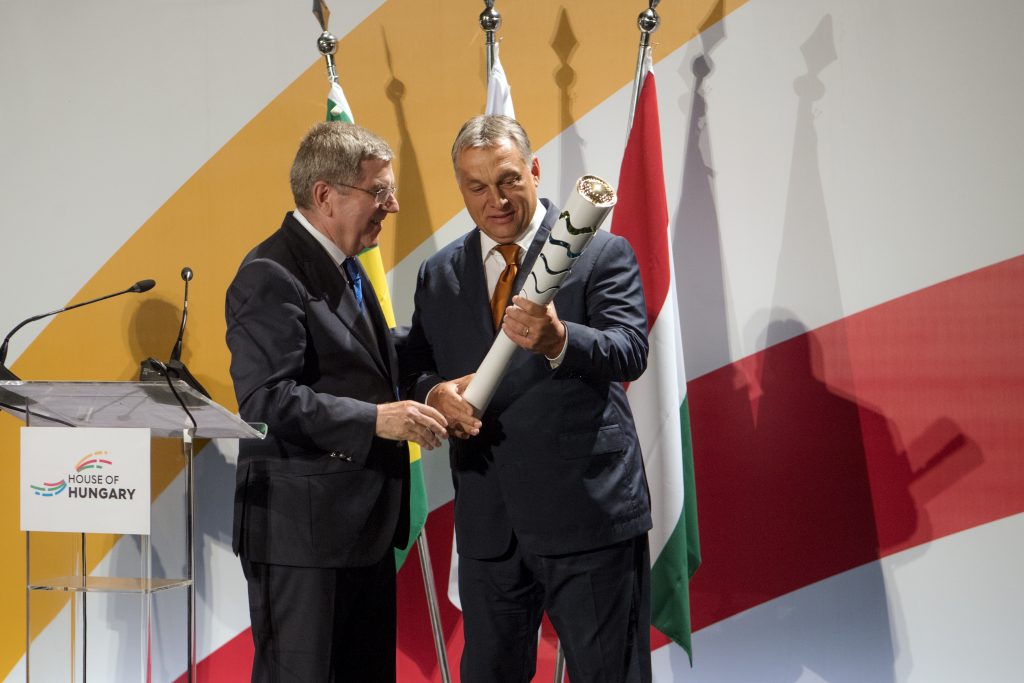