Great Stone – a pearl of the Silk Road 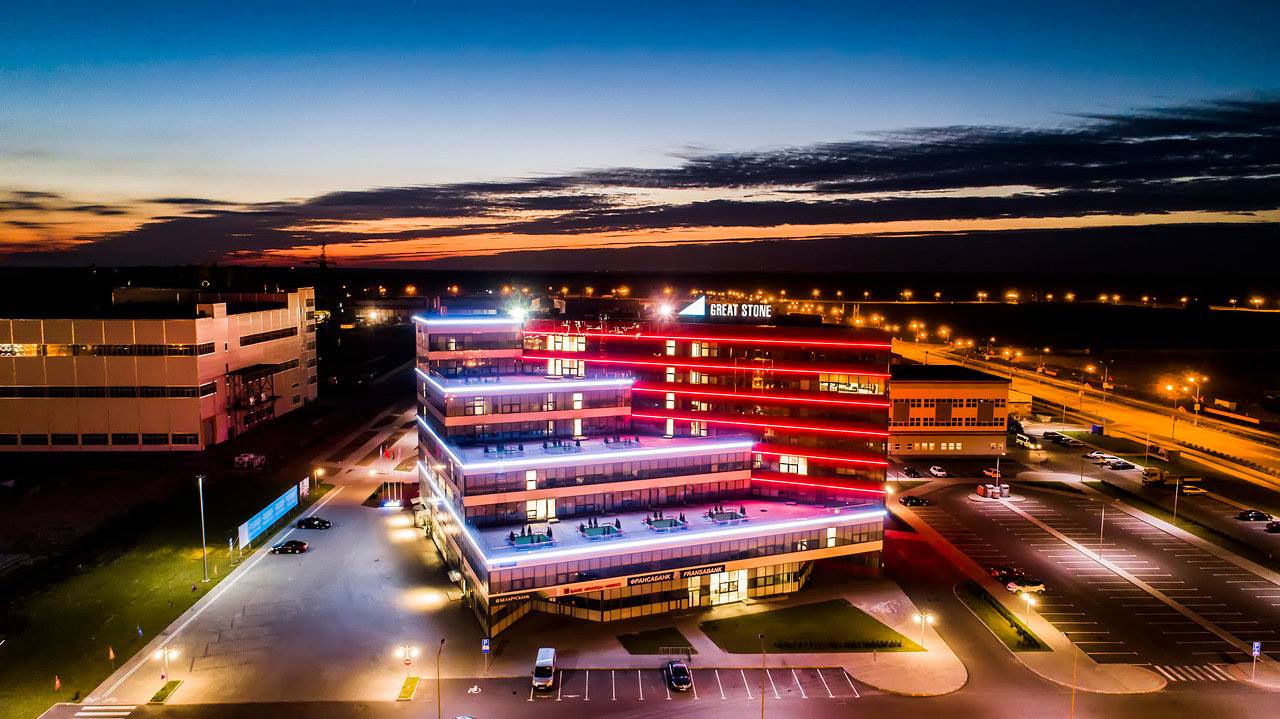 Twenty-five kilometers away to the north of Belarus’ capital city Minsk there is a newly evolving multinational smart eco-town with a focus on high-tech innovative industries and a well-developed social infrastructure, green recreational and residential areas. This is how the Sino-Belarus Great Stone Industrial Park is projected to look like in ten years’ time. The idea of the Great Stone was inspired by the Sino-Singapore industrial park in Sūzhōu established in 1994. The Great Stone is to become the largest industrial park in Europe and the major project of China abroad. The territory allocated for this ambitious project is 112 square kilometers. With the main roads and infrastructure already in place, made available by local authorities, and preparatory stage finalized, the streets of the Great Stone look a bit deserted so far, but the interest to the park – centrally placed on the Silk Road – is growing quite rapidly, so as the number of its residents. The idea to create a special industrial and logistics hub dates back to the meeting of Belarus and China leaders in 2010 followed by an intergovernmental agreement a year after and active onboarding of the park’s first residents starting from 2017. 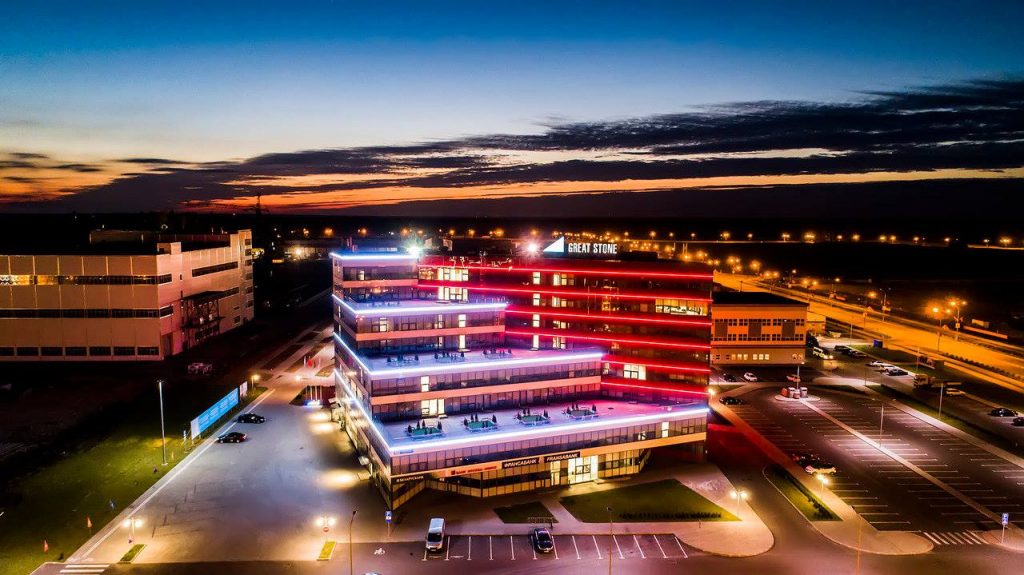 Numerous benefits and exemptions are available to the park’s resident-companies till 2062 shaping the most comfortable operating environment for doing business in the Eurasian region. These include, most importantly, exemption from corporate income tax during a 10-year period after profit reporting and the tax rate reduced by half afterwards, no land and real estate taxes, exemption from customs duties and VAT on investment-related imports. Apart from tax benefits, special legal treatment applies to areas ranging from administrative issues (permits, registrations, including a 180 visa-free regime and simplified construction designing and commissioning procedures) to FX and capital controls. Among other things, resident-companies may repatriate their earnings without restrictions and enjoy guarantees of unchanged business environment for 10 years (grandfather’s clause). Investors may lease land – already equipped with access road, gas, water, electricity, optical fiber – for a period of up to 99 years or even purchase and privatize a land plot, or alternatively rent ready-to-use production facilities or offices to quick-start their investment projects.

The park administration is vested with extraordinary powers by the president and delivers the whole range of services to investors via one stop shop. Be it a company registration, a migration service issue or obtaining various permits, the administration is fully empowered and standing ready to bring the authorities onsite whenever it is most convenient for an investor.

The appeal of the park is also in its favorable location in terms of logistics, availability of labor resources and access to markets. The park is in close proximity to Minsk with a population of almost 2 million people, at an arm’s length from the country’s international airport and its main roads (M1 highway Berlin-Moscow and railways), roughly 500 kilometers away from Klaipeda port on the Baltic sea and in the immediate neighborhood with Russia and the EU. Being a part of the Eurasian Economic Union – embracing Russia, Kazakhstan, Armenia and Kyrgyzstan – Belarus is a gateway to an over 180 million market. 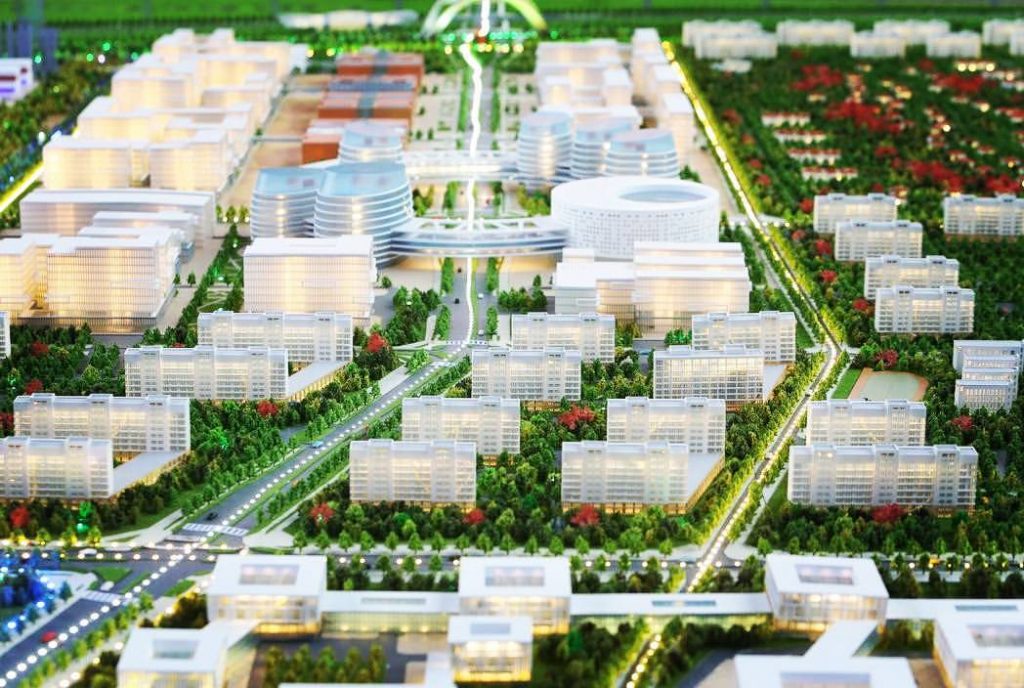 Industry-wise the focus of the park is on high-tech and innovative sectors, including mechanical engineering, electronics and telecommunications, fine chemistry, biotechnologies, new materials, logistics, pharmaceuticals, e-commerce, bid data, R&D. The minimum entry threshold for potential investors has been recently reduced from declared 5 million US dollars investment to 0.5 million Us dollars (conditioned on investing within a three year-period). Even lower investment amounts may be accepted on a case-by-case basis upon approval by the park administration. The focus on exports is among the park’s priorities, still there is no strict requirements in this respect.

Out of an initially intended bilateral cooperation project with China, the concept of the Great Stone has grown into a multilateral platform ready to host companies from all around the world on equal terms, irrespective of the country of capital origin. During the latest two years the share of European companies in the park expanded from 10 percent to roughly 50 percent.

Many positive signals after production kick-off

Since 2017, the number of residents has risen sevenfold up to 56 companies. Among the residents of the park are companies from China, Belarus, the USA, Austria, Germany, Switzerland, Lithuania, Estonia, Israel and Russia, involved in electronics and telecommunications, e-commerce, machinery, new materials, Big Data, R&D, logistics, medical equipment and pharmaceutics. The declared investment by residents exceeded one billion US dollars. The plans are there to bring the number of residents up to 100 by the end of 2020 and further to 1000 by the completion phase in 2030. Importantly, the first production was kick-started in 2018 by MAZ Weichai (diesel engines), Chengdu Xinzhu Silk and Road Development (supercapacitors for electric buses), Fluence Technology (LED products), Levanta Group (ventilation equipment and climate control systems for NPP and export), Assomedica (medical consumables). A number of production projects are at the high pre-operation stage and are likely to be launched in 2019, including manufacturing of optomechanical components and laser equipment for industrial and medical application by RuchTech – a subsidiary company of the IPG Photonics Corporation. Among the park’s residents are also such heavyweights as Huawei, ZTE, Kronospan and Zoomlion.

Lately one of the world’s major logistics companies Duisburger Hafen (operating the largest river port in the world – the end point of the overland Silk Road) became a shareholder of the Industrial Park Development Company. Duisburger Hafen together with the China Merchants Group intend to carry out a large-scale project for construction of a multimodal transportation node (dry port) with a railway terminal to naturally fit into the One Belt One Road concept.

A milestone event for the park is the recent signing of a memorandum of cooperation with the European Bank for Reconstruction and Development followed by agreements with the International Finance Corporation and the Eurasian Development Bank, which is also a positive signal to the international community.