Expat Experience: There is no such thing as “the Austrians”, “the Czechs” or “the Serbs”. 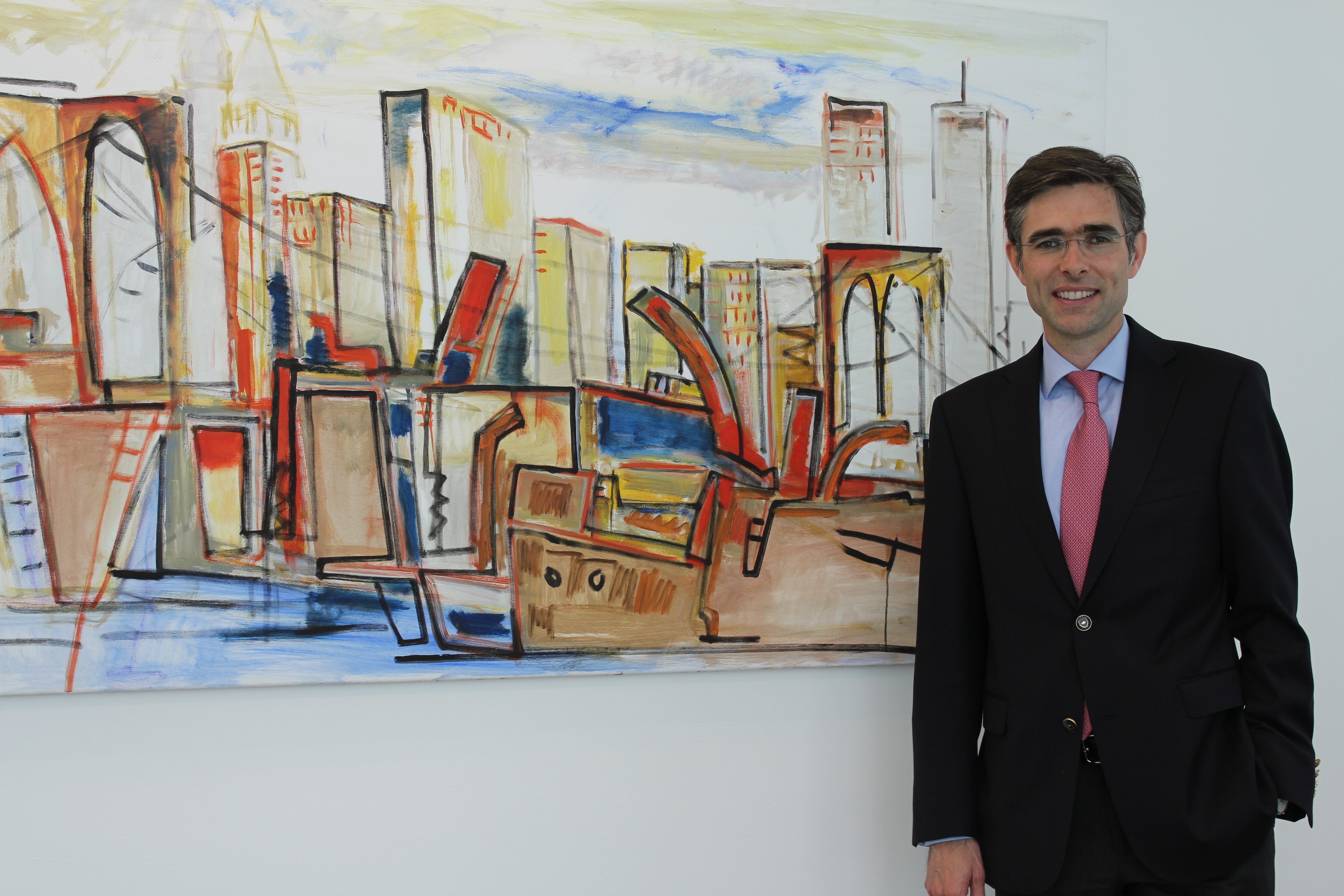 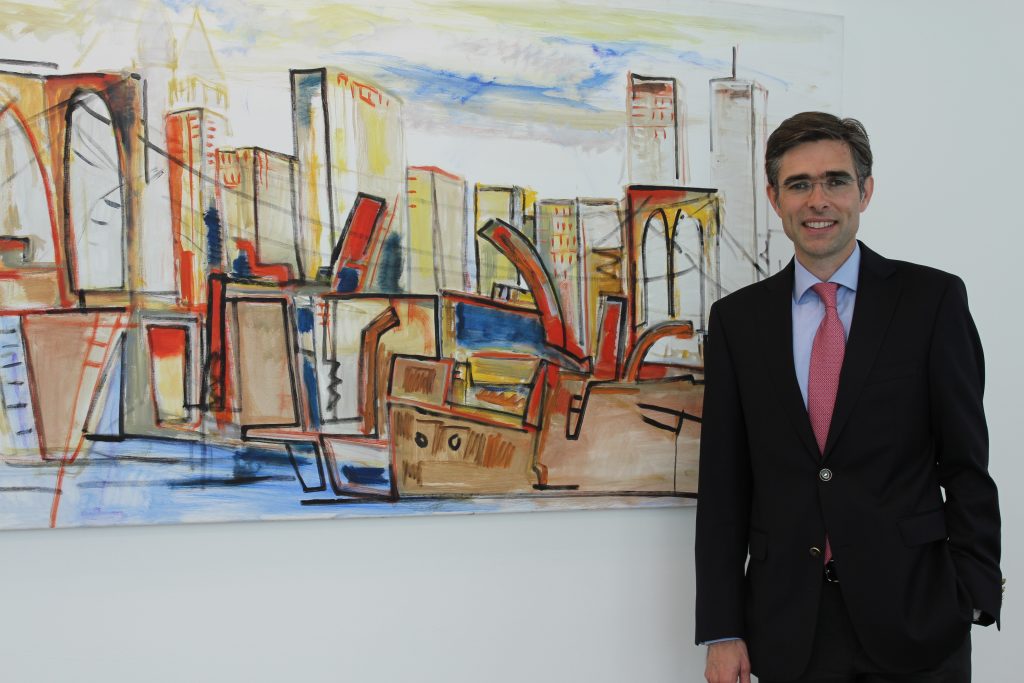 Martin Stotter certainly isn’t hesitant about crossing borders to accept an attractive job offer. It’s quite the opposite. As a board member of Czech Raiffeisenbank, a member of the RBI Group, he has already been working abroad for several years. His journey began in the banking sector in his native country Austria, then he lived in Serbia and Slovenia for a couple of years. Currently, the Czech Republic represents his second home. Discover CEE talked to Martin Stotter to find out if it is possible to feel at home in more countries at the same time and whether he encountered any cultural barriers.

It’s been already some time since you decided to live and work abroad. Today, it is not unimaginable for many people, but the situation was different in the past. How were your first months and years abroad, out of Austria?

I gained my first ‘outside of Austria’ experience during high school in the USA, later at the university in Spain and during an internship in India. For me, it was very exciting because I originally come from a village in the south of Austria with only 2,000 inhabitants, and during those stays I had my first real encounters with different languages, cultures, histories, traditions and people. This even intensified when I started working abroad for Raiffeisen in Slovenia, Serbia and today in the Czech Republic.

As a student it was just exciting, nothing else. It was the feeling of freedom, openness and discovering. As an adult, once I started working in the bank, I have always seen it as a privilege to work abroad and as a chance to get to know different ways of living, thinking and working. The first months are always a challenge and interesting at the same time: you do not know anybody, any shop where to buy your daily stuff, any place where you can do your workout, any restaurant where to have a nice meal. You have to discover your new life and surrounding from the scratch.

What was the most important lesson you have learned during your time in the various countries?

The most important lesson is that the actual situation in a country is usually very much different compared to what you read or hear about the country in the media. Also, there no such thing as “the Austrians”, “the Czechs”, “the Serbs” etc. It is always about the individual people and their characters. Furthermore, I got to know what it means to be separated from my family and my friends and still to maintain the relationship with them. It was a process for me to realize that I can do that, and sometimes even deepen it, without seeing them daily.

Which country did you like the most? Which country or nation became attached to your heart the most of all? Have you ever had to deal with cultural barriers?

I cannot say which country I like most, because there are aspects in any country, including my own home country, which I like and which I do not like. Of course there are customs which are more similar to the one I have been raised with in Austria and others which are totally different. For example, I lived in Mumbai in India for six months when I was 20. The way of living in Asia 25 years ago was rather different than in Europe, and I guess it still is in many parts. Generally, by travelling through the world you get enriched and humble at the same time. And you get thankful for being born in rich, stable and safe Austria. 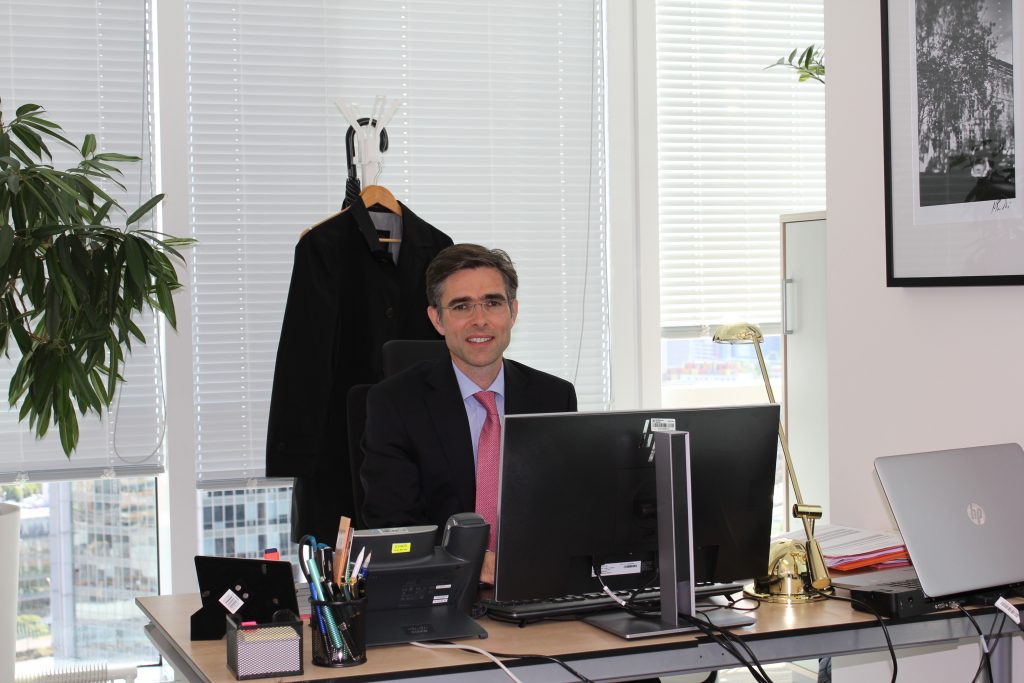 You are a cosmopolitan, able to live anywhere and open to all nations and cultures. You speak German, English, Spanish and Serbian. In what time can we expect you to speak Czech too, as you’re living in Prague now?

I do not know how long it will take. But, I am happy that I understand something here and there because of my Serbian… However, I have to balance my language studies with a very demanding job. You asked me before what I have learned by living abroad: one of the most important things when learning a language is “a little less than perfect is perfect enough”. When you start speaking a foreign language and cannot express yourself properly, it takes a lot of courage to do it. I can still remember the first topic in a Management Board meeting in Raiffeisenbank in Serbia, which we held in Serbian. It was really not easy, involved a lot of sweating and nervousness and was a big relief for me after I “succeeded”. So, I also know what it means for some of our colleagues to suddenly having to speak and express themselves in English after not having been exposed to it for some time.

Could you say that you solved the mysteries of the countries you visited? Can you, for example, cook a Serbian dish, dance Flamenco or sing a Czech song?

Mysteries of a country? Unfortunately, I am a very bad cook and a bad dancer, too. Therefore, to prepare a tasty Serbian dish and to dance Flamenco is not possible for me. However, I like eating Serbian dishes and listening to both Spanish and Czech music and dancing to it in my own style.

What would be your profession, if you were not working in the banking business?

I would work in a company operating in different countries and would hopefully have a management position.

Any recommendation for those also longing for foreign experience but doubting they would manage living abroad?

It is always very hard to give recommendations, because experiencing something is always very subjective… However, I do recommend being open, listening to people around you, trying to understand and neither judging quickly nor comparing with your home country. Living abroad also means being open to understand different traditions, ways of living, cultures, histories or heritages. One very important aspect is to think whether you want to live with your family or on a commuting/distant basis having your family back home. My wife and I decided that we want to gain this experience together, others do it differently. Both ways are fine. But the joint process of deciding and thinking about it is very important. Furthermore, think about it thoroughly whether you are that type of person able to live without the broader family and friends for some time. If you come to the conclusion that you would like to try that: Just Do It!

Martin Stotter is Chief Risk Officer at Raiffeisenbank a.s. in the Czech Republic. Before this assignment, he had been working for Raiffeisen for over fifteen years in his home country Austria as well as in Slovenia and Serbia. He was born in Lienz in Austria in 1976 and studied at the universities of Graz, Austria, and Alcala de Henares, Spain. Martin Stotter speaks English, German, Spanish and Serbian. His hobbies include sports, classical music, history and traveling. He is married and lives together with his wife Michaela in Prague.