“Everyone would have done it”, says the family that donated artworks worth 3.5 million euros

There are more and more Slovaks for whom selflessness is not a foreign concept. If asked to donate for a good cause, the majority easily contributes up to 10 euros. The Zubaľ family, however, decided to take the statistics up to a completely new level. They presented the Slovak National Gallery with a generous gift consisting of more than 150 pieces of artwork whose acquisition value is estimated around 3.5 million euros.

“We accomplished the most extensive artwork acquisition in the history of our gallery. Never before have we received such an enriching addition to our collections,” stated Alexandra Kusá, the Director General of the Slovak National Gallery (SGN). For comparison, the national gallery’s usual yearly budget for artwork acquisition is at a level of around sixty thousand euros.

When choosing the artworks to be donated, the national gallery curators were given completely free rein with practically no limitations. “What delights us much more than the financial value is the quality of the collection. They are all fantastic artworks and in many cases great gallery pieces,” says Kusá.

An exceptional gift worth millions

The statues, paintings, graphics, drawings, objects, and installations are a representative sample resulting from the collecting efforts made by two generations of the Zubaľ family. They presented the Slovak National Gallery with over 150 artworks from their Linea Collection, one of the very best art collections in Slovakia. Roman Zubaľ sees collecting art as a passion. “Once you start, you can’t stop. And it is the only vice that society approves of,” he explains.

Preserving art for eternity by sharing it with the public

The motives of the donation will most probably delight art lovers across borders: The urge to keep the artworks alive by sharing them with the public. “All of a sudden, you have many of such valuable objects and you start to feel responsible for what will become of them. It would be a pity if they dispersed over the next few generations. We were looking for a solution that would preserve the collection for eternity. It’s a great feeling of satisfaction for us to be able to offer this gift to the public. The way we feel about it is  that anyone who would have been in our shoes, would have done the same,” remarked Roman Zubaľ about the generous gift of his family.

In the future, the artworks from this immense donation, unprecedented in the history of the SNG, will be open to visitors to the permanent exhibition in the renovated SNG building.

From the Academy to Nature. Forms of Landscape Painting in Central Europe 1860–1890

The aim of this exhibition is to introduce the main centres of landscape painting instruction that influenced the depiction of nature and natural motifs. In the second half of the 19th century, following the example of the Barbizon School, approaches to the depiction of nature were relaxed. The discipline of landscape painting was gradually reformed, and also re-introduced at art academies.

Suitcase from the United States

Arnold Peter Weisz-Kubínčan (1898 – 1944) was born into a Jewish family in the town of Usch, Prussia. From 1913 to 1917 he studied sculpture at the School of Arts and Crafts in Budapest. After the war he continued in his studies in Berlin, most probably at a private academy. In Berlin of the 1920s he could be close to the expressionistic tendencies which suited his artistic nature. Weisz-Kubínčan is a unique figure in terms of our modern painting and drawing but also due to his mysticism.

LACO TEREN / Nothing Will Stop Us

The exhibition of Laco Teren (born in 1960 in Bratislava) at the Slovak National Gallery will present the key points of his artistic program and comprehensively capture his unique artistic and genuinely “versatile” personality.

Anna Daučíková’s solo exhibition is connected to the publication of her first monograph. This glass maker, jewelry maker and painter has also become a photographer, video-performer and video-artist.

Admission to the expositions in Bratislava continues to be free in 2019, thanks to the general partner, Tatra banka.

From the Academy to Nature

„Suitcase from the United States“

Nothing Will Stop Us!

Laco Teren: Nothing Will Stop Us. 1988. Slovak National Gallery 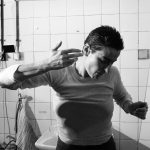 Anna Daučíková: Portrait of a Woman with an Institution – Anča Daučíková with the Catholic Church. 2011. Property of the Artist 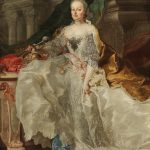 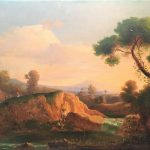 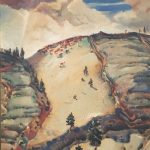 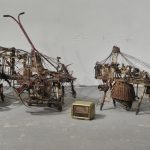 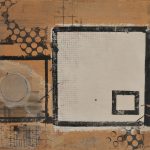