Cycling through CEE – Part 2: From Vienna to Bratislava and Budapest 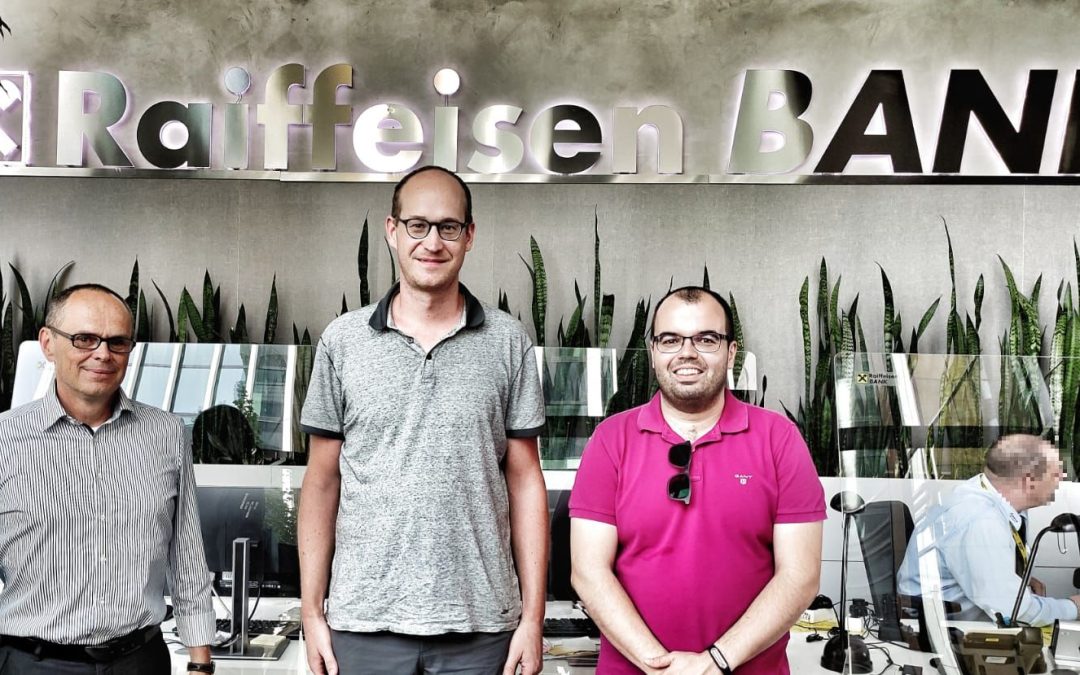 After the enjoyable trip from Vienna to Prague, and before going far southwards, I had the chance to cycle a bit along the Danube, from Vienna to Bratislava and Budapest. I took inspiration at the great exhibition ‘The Danube. A journey into the past’ in Vienna – my recommendation, it’s been extended until Spring 2022.

The bike trail itself is as simple as it could be. After cycling for a while through the Danube-Auen National Park, very soon you will cross the Austrian – Slovakian border. Once in Slovakia, and after passing by some bunker area, you will arrive in Bratislava very soon. Did you know the capital of Slovakia has always been a meeting place for many nationals and religions for centuries, and was for quite a long time the capital of Hungary? I really enjoyed the Museum of the city history in the charming city center as well as the Museum of History in the castle above the city, including the great view from there. 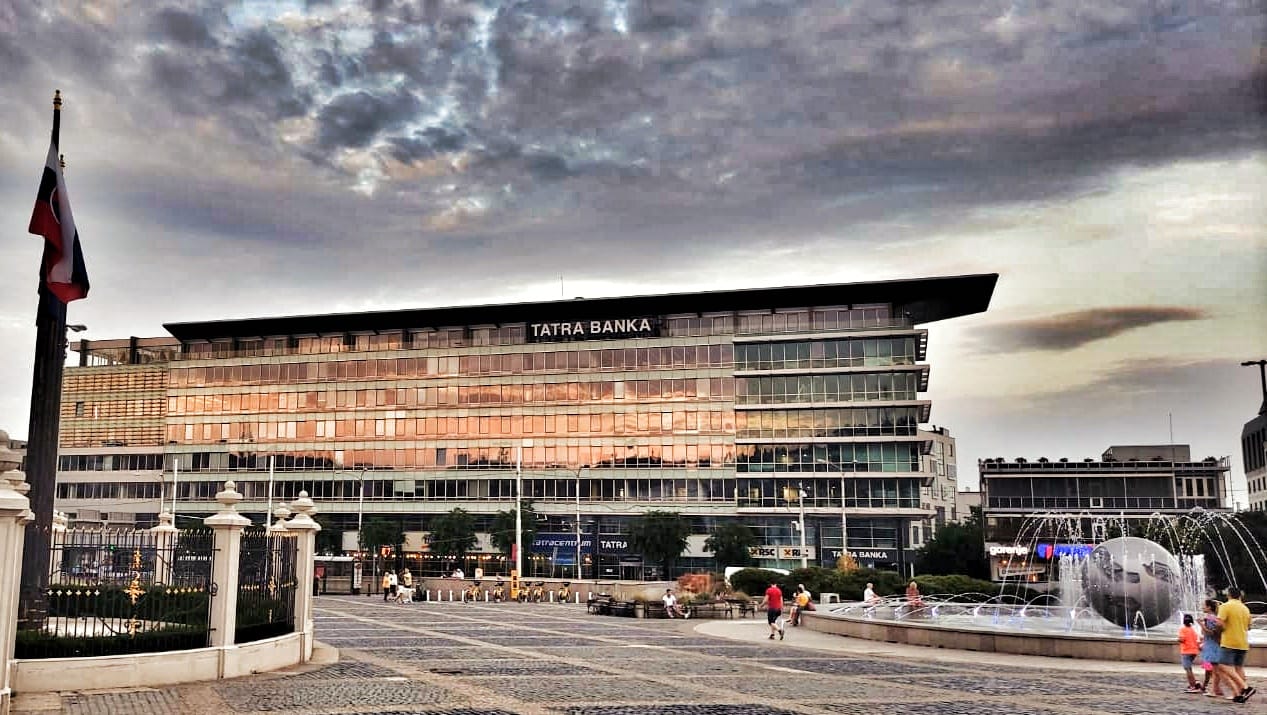 After leaving the city, you will follow a dam for a while, with many small restaurants and bars on the side – and many people from Bratislava there enjoying the summer, riding bikes or skating. If you have time, visit also this place – since my bike was going fast, incredibly fast, faster than ever before, the fastest I have ever seen, I did not stop by, and very soon crossed the Hungarian border. This part of Hungary is known for the large estates of former Hungarian and Austrian noble houses, old but still impressive mansions, horse studs and little churches with aristocratic graves, pointing to the long common history of these two nations. Finally, I arrived in lovely Gyjör, with its more than 130,000 inhabitants, the impressive basilica and monastery, influenced by the historical battles between the Ottoman and Habsburg empire that took also place in the region.

Of more capitals and cycling at snail’s pace

While you’re in the area, it’s worth taking a short detour to the lake and Tata Castle, where Emperor Franz I signed the Peace of Schönbrunn, and a look at the newly renovated and reopened Esterházy palace, the new pride of the region. Leaving one historical site, the next is already looming on the horizon: the huge cupola of Esztergom Basilica. Esztergom has been the capital of Hungary and today is the seat of the Hungarian prímás and a spiritual capital. The basilica is an impressive building, both inside and outside, and I recommend going up to the top of the building to enjoy the impressive view. 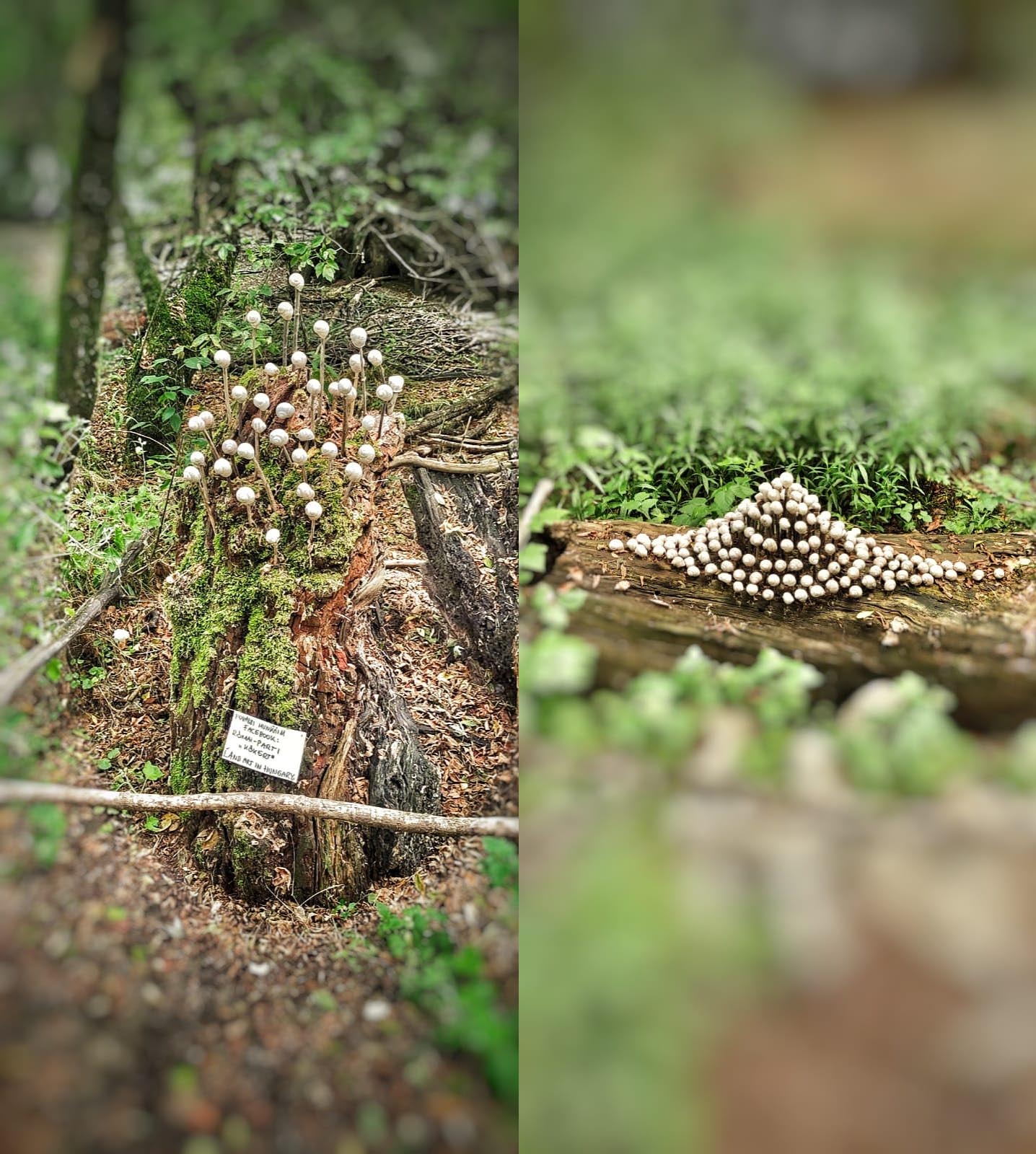 Exactly where the Danube bends at a 90° angle to the south, at the Danube bend, you should once again put on the brakes. Visegrád – believe it or not – has been the capital of the Hungarian empire as well, with congresses taking place that were shaping Europe in medieval times. When I was there, a Medieval knight festival took place, which allowed me to pass by for a visit, equipped with protective cyclist helmet and air pumps, of a couple of historical sites there as well.

On your last kilometers, do not miss out Szentendre, a riverside town known for its museums, galleries, and artists. During the summer I recommend staying somewhere close to the Danube river (here, for example). The next day, enjoy the ride into the capital, Budapest, and do not miss one of the lovely local fish restaurants in suburbia and nowadays very trendy Rómaifürdő – I liked this one. Budapest is a great city and would deserve its own blog entry. For this time’s visit, for getting more clarity on this impressive number of all the former capitals I have just visited by bike over the previous days, I chose the Hungarian National Museum. A fantastic place, where I could really satisfy my curiosity on Hungary’s long and fascinating history in Central Europe. 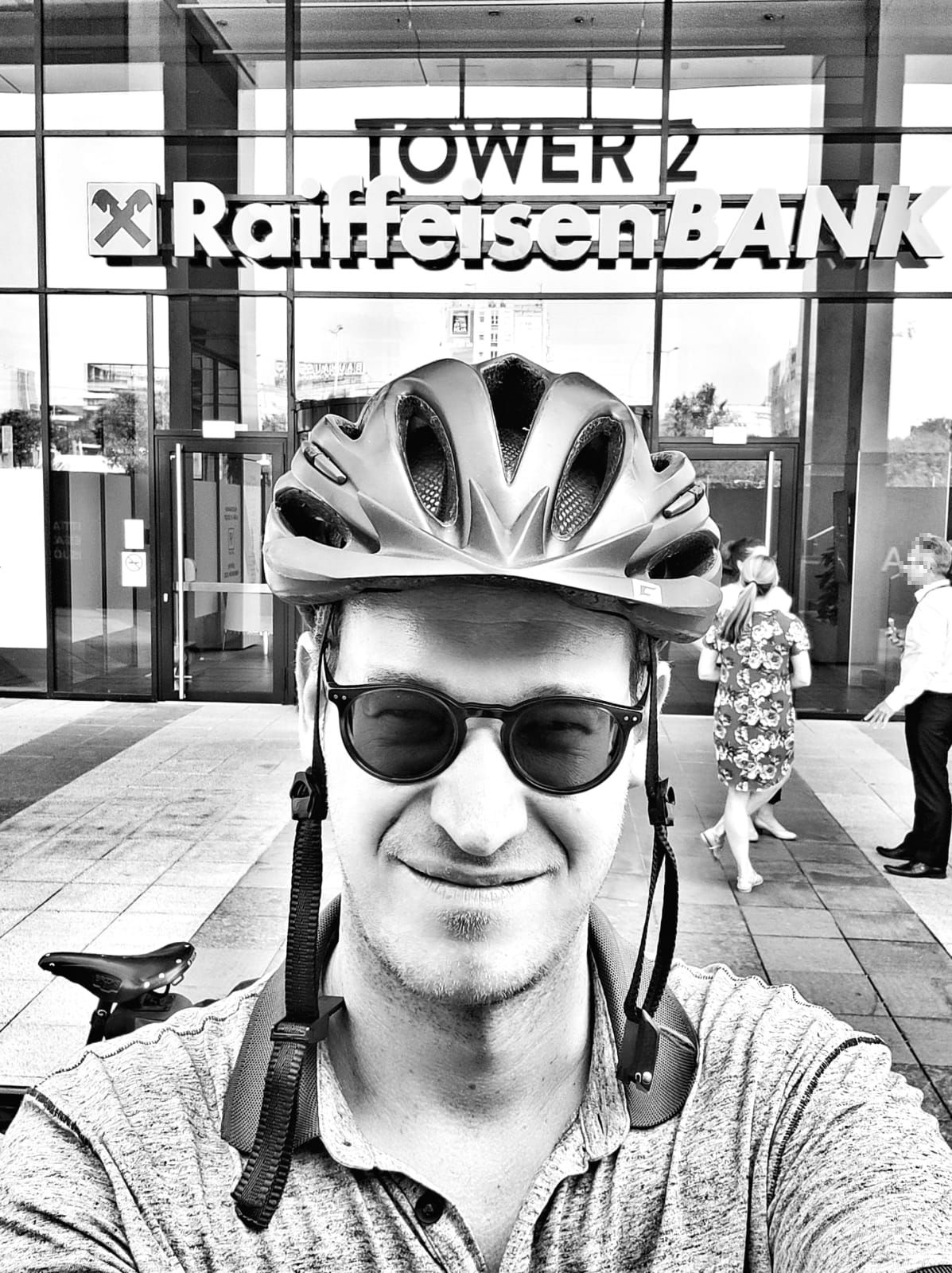 It was a particular pleasure and thank you to Zsolt and Levente from Raiffeisen Bank Hungary for having a nice welcoming chat over a coffee at the Raffeisen headquarters in Budapest! 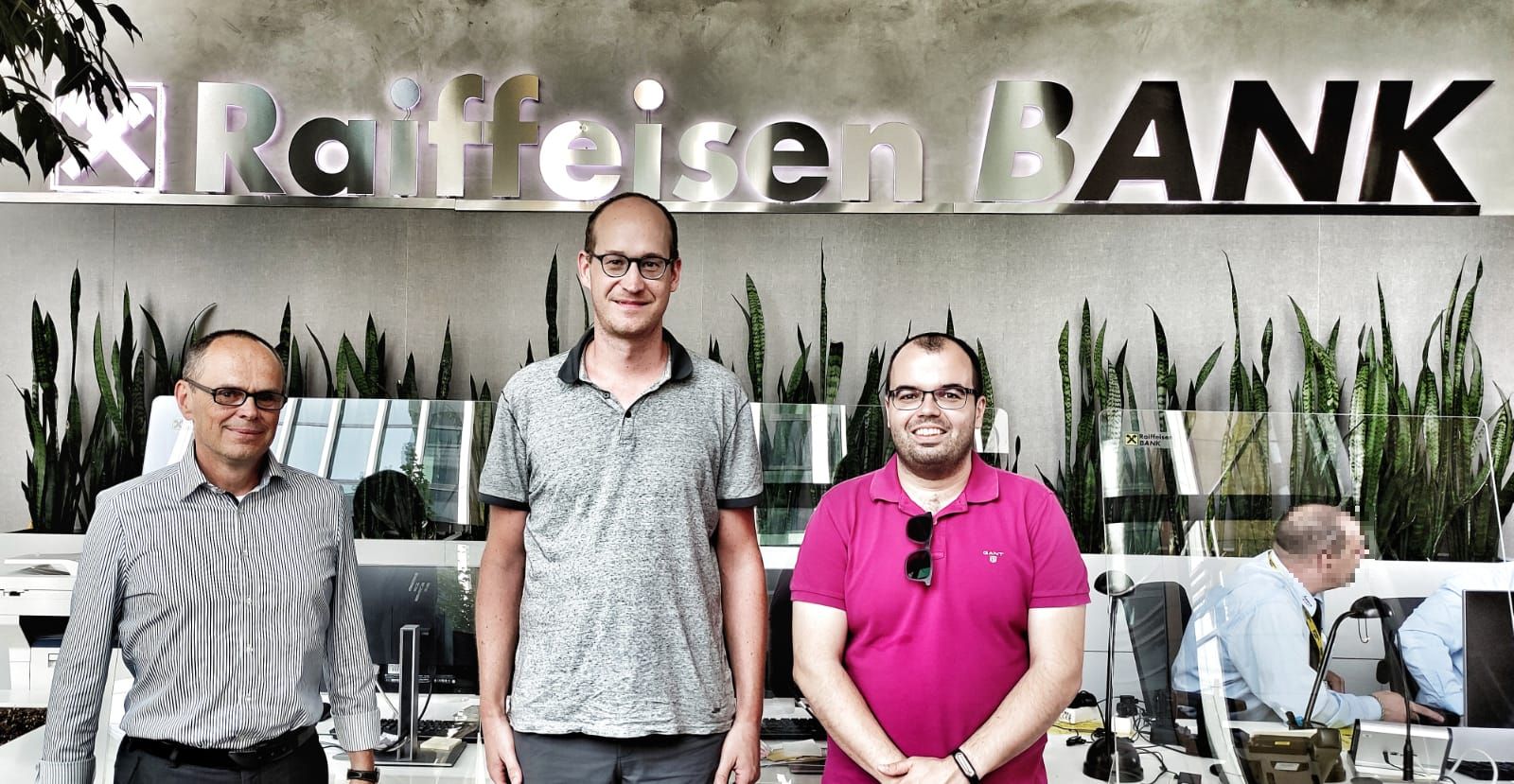 Another tag on the wall

Economic and cultural facts about Slovakia at a glance

Belarus: A kind of western gate to the Eurasian Economic Union

Economic and cultural facts about Russia at a glance