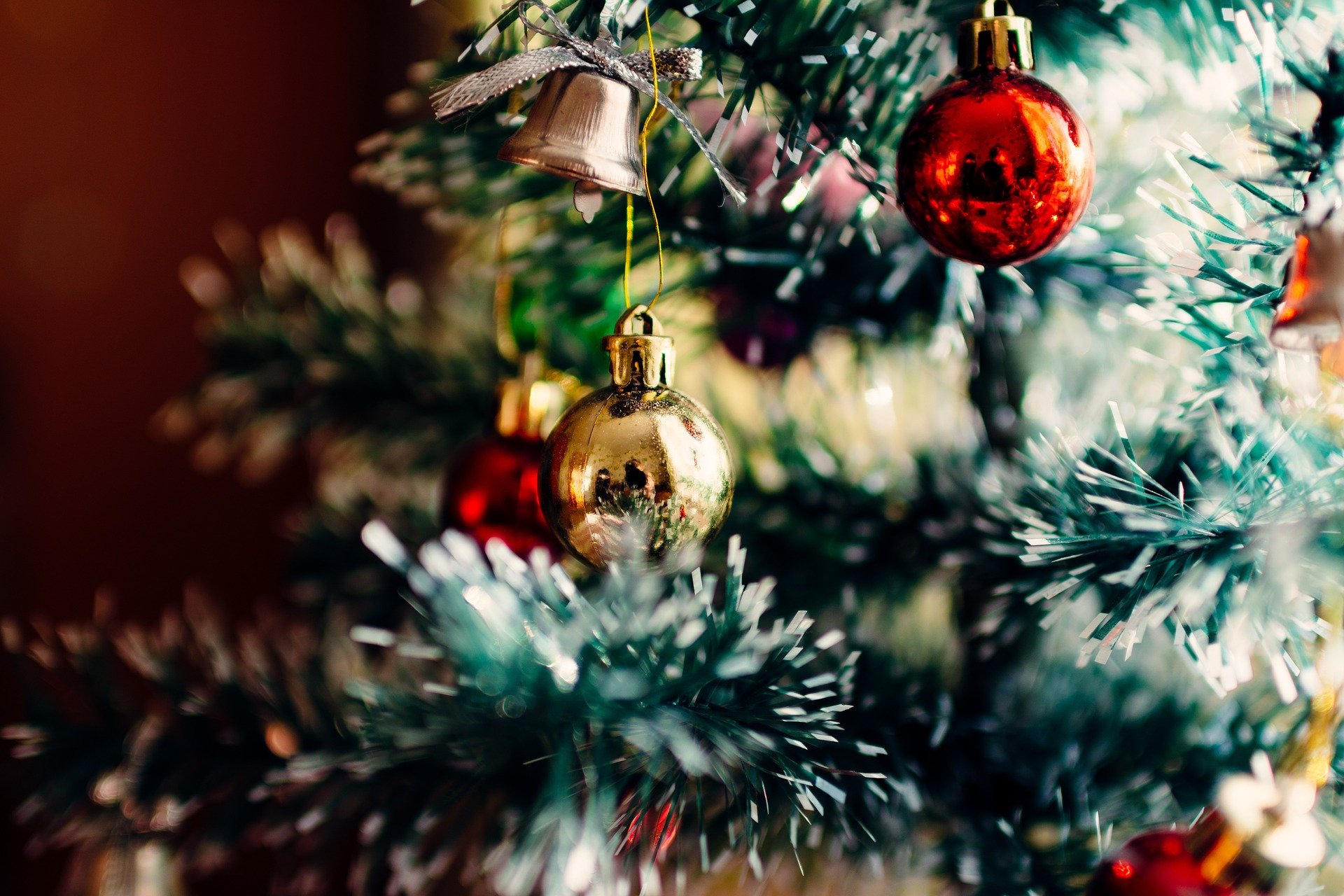 Christmas is approaching and the preparations for the festivities are already underway. We looked at what interesting Christmas traditions there are in CEE. Let us put you in the mood for a merry Christmas right now.

Christmas Eve is called “Nata e Krishtit” in Albanian. At Nata e Krishtit in some regions of Albania it is still a tradition to slaughter a ram in order to donate it to the poor. There is also a custom of placing cheese, bread and yogurt on the graves of deceased relatives, as well as lighting a candle. In the past, at Christmas, people used to shoot in the air, this tradition is now replaced by a brilliant fireworks display.

Among Albanian fruit growers, there is a custom on Christmas Eve to tie straw around fruit trees to ensure a good fruit harvest for the coming year.

Something that should also happen with the help of the Christ block or yule log (= alb. Buzm). On Christmas Eve, a family member goes into the yard, calls the name of the landlord and announces “Today the Christ block comes. He comes with bread, he comes with cheese, he comes with butter and he comes with everything good!” To this the host replies “Be welcome!” The person located in the courtyard comes back in carrying on his back a large wooden block, which is greeted by all. Out of hospitality and figuratively as an act of sacrifice, people place some of their food and drink on the Christ block. Then the log is lit and must burn all night. The ashes left over from the log are then scattered on the fields or under the fruit trees to ensure a good harvest for the coming year.

Traditionally, as in many other countries, goose or turkey is served at Christmas.  For dessert, the festively decorated table is filled with a variation of baklava, tangerines and nuts. The guests usually drink homemade raki and toast with the words “Qofte levduar Jezu Krishti!”, which means “Blessed be Jesus Christ”.

In Russia, Christmas is not celebrated on 24 or 25 December, but on 7 January. Christmas Eve is called “Sochelnik” in Russia. The main service takes place on the night of 6 to 7 January in the Cathedral of Christ the Savior in Moscow. It lasts for three hours and is usually attended by 6,000 religious people and is broadcast nationwide on television. In the Russian Orthodox church there is a very strict lent before Christmas. This begins 40 days before Christmas and ends at midnight on 6 January. During this time, sweets are replaced by dried fruit, honey and nuts. In addition, animal products are to be avoided. In Russia, the classic Santa Claus as we know him does not exist. In Russia, Father Frost “Ded Moroz” comes on 31 December. He is originally a magician from a fairy tale. He has a long white beard, wears an ice gray fur coat and has a scepter that freezes everything he touches to ice. He comes with his beautiful granddaughter, the snow girl “Snegurochka”, in a sleigh that is pulled by white horses. Gifts are given only after the children perform a poem or sing a song. The typical Christmas meal is sochiva, sometimes called kutya. It is made of grain, poppy seeds, nuts and honey and eaten on Christmas Eve. The table is richly laid on 7 January.

In Croatia at Christmas time many cities are decorated with thousands of lights and the Christmas markets in Croatia are among the most beautiful in Europe, especially the markets in the big cities of Zagreb and Dubrovnik are visited by people from all over the world. Christmas Eve is celebrated on 24 December, in Croatian “Badnjak ili Badnjavecer”. Badnjak is the word for a tree trunk decorated with olive and laurel branches and an apple. This is carried into the house on Christmas Eve and burned in a wood-burning oven. The traditional food served, on Christmas Eve, is codfish. It is prepared in different ways: either in a soup (Brudet od Bakalara) or in a paste (Bakalar na bijelo). Bread is served with it. In Croatia there is also a midnight mass on 24 December. Only after the mass the presents may be unwrapped. The Christmas season in Croatia does not end until 6 January, the day of the Three Kings.

As a “Soviet legacy”, Belarusians got New Year’s Eve as the main holiday in the year. While all of Europe has always paid more attention to Christmas, the Soviet ideology has demanded the abandonment of “Western” and religious holidays. That is why New Year’s Eve became the most long-awaited holiday of the year in Belarus. Now, 27 years later, this tradition is still alive, although there is no doubt that Christmas also plays a significant role in modern society.

There are two public holidays dedicated to Christmas in Belarus – Orthodox and Catholic. Although 82.5 per cent of the religious population of Belarus belongs to the Eastern Orthodox Church and only 12 per cent to the Roman Catholic Church, both holidays are vital for the country. Catholic Christmas is celebrated on 25 December and the traditions in Belarus are very similar to the European ones. Orthodox Christmas has some special characteristics and is celebrated on 7 January.

Customs for the Orthodox Christmas Eve are similar to those in neighboring countries. Traditionally, all members of the family gather at a festive table in the evening. Dinner is served without meat and consists of twelve dishes, including mushroom, fish and vegetable dishes. The number twelve refers to the twelve apostles. Some people go to a church or cathedral to visit a vesper’s service. The main celebration starts on 7 January , when people visit friends and family members and congratulate each other.

Caroling (“Kalyady” in Belarusian) has also a big part in Belarus Christmas traditions. It has its roots in old times, when carolers dressed up like animals and fantastic beasts to scare away evil spirits and collect money or food in return for their services. Today, usually only children and people in villages or small cities go caroling, though even that is not so common anymore.

There is a local believe: “The way you meet the New Year is the way you will spend it”. Most Belarusians follow this rule and pay really a lot of attention to this holiday. Traditionally, people celebrate New Year’s Eve at home. Very often they also invite their relatives and friends. A lot of delicious food is prepared for New Year’s Eve, such as many salads, hot dishes and desserts. It is obviously unhealthy to eat so much at night, but it is a custom :-).

On 31 December at about 10 p.m., all family members and invited friends sit at the holiday table. They eat a bit, chat, watch TV and wait for the main celebration, which starts at midnight. Ten minutes before midnight it is common to watch a New Year address by the President on TV. When the clock strikes twelve, people “welcome” the New Year drinking champagne and congratulate each other.

In Slovakia, if you want to know what the New Year will bring, you cut an apple on Christmas Eve. If the core is symmetrical and the seeds are arranged in a star shape, then the New Year will bring only good things. If you furthermore tie a chain around the table legs at dinner, the family will stick together all year round. The mother or the father mark all family members with little crosses of honey on their foreheads – this is also supposed to bring good luck. A clove of garlic, which everyone has to eat, is supposed to bring good health. Traditionally, on Christmas Eve, a cabbage soup “Kapustnica” with dried fruits, mushrooms and sausage is served first. The main course is carp with potato salad, and the sweet dessert consists of Christmas wafers spread with honey. There is also a custom of placing a banknote under the tablecloth at dinner, in the hope of a good financial year to come. Similarly, in Slovakia on 24 December there are gifts brought by “Jezisko”, the little Jesus.