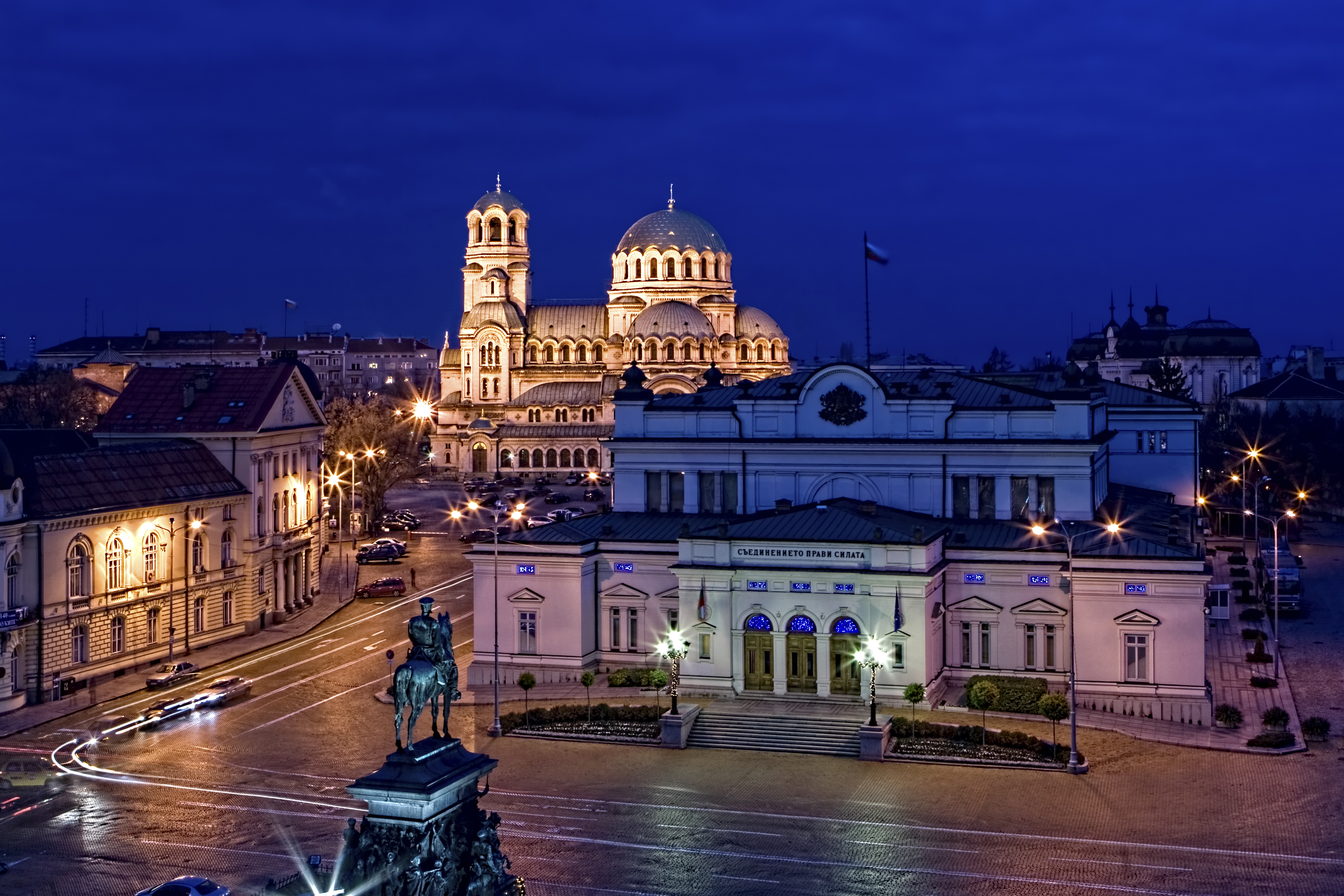 Although Bulgaria joined the EU in 2007 – i.e. only three years after the last three countries to enter the euro area (Estonia 2011, Latvia 2014, Lithuania 2015) – there was no clear euro entry perspective for the country until summer 2018. Bulgaria has waited a very long time (more than ten years) for a tangible and fair euro accession outlook and, finally, the goal has come closer. Bulgaria’s introduction of the euro is feasible in 2021 the earliest. Therefore, Bulgaria would need at least 14 years between EU and euro area entry, while other countries on average needed 3-8 years (depending on the comparison country). Moreover, Bulgaria would be the first euro area candidate that completed the entire formal accession process (entry into the Exchange Rate Mechanism 2 (ERM2) and final accession assessment two years later at the earliest) after the euro area crisis. 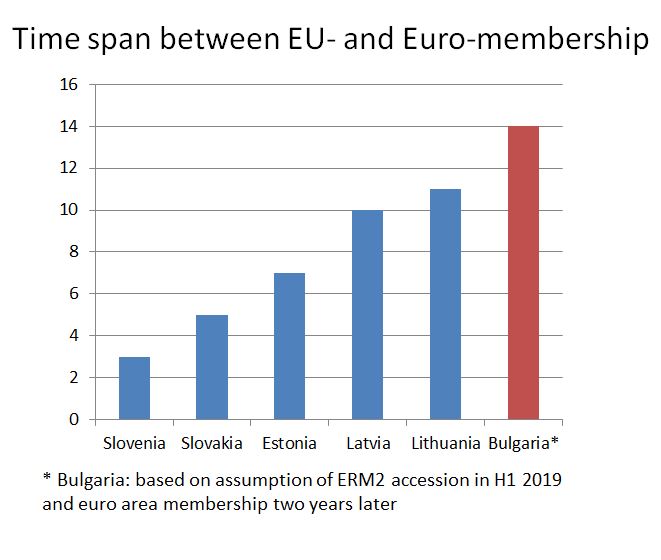 An end to perceived injustice

For years, Bulgarian people felt that they had been treated unfairly or, after many unsuccessful attempts to join the ERM2, implicitly tightened accession conditions were suspected. After all, according to the traditional euro introduction or accession criteria of nominal and/or real convergence, there is no clear evidence that Bulgaria would be a less good euro candidate than, for example, the Baltic states. However, all the Baltic states joined the pre-stage of the euro area when the traditional accession criteria were the measure of all things. With the deep economic and financial crisis inside the currency bloc, however, the conditions for accession have also shifted – even though this was not clearly documented for a long time. After all, since the introduction of the Single Supervisory Mechanism (SSM) in 2014 every euro member country has at the same time been a member of the Single Banking Sector Supervision Area (including the SSM, SRM) with the ECB as the central institution. In this respect, it is also clear that the ECB is taking on an even more important say in euro membership. This fact has now become even more concrete with the clarification of accession expectations by the Euro group in the summer of 2018. In order to join the formal euro waiting area ERM 2, Bulgaria must first ensure smooth cooperation with the SSM. In this respect, it is now up to Bulgaria to fulfil this condition in order to enter the ERM2 in 2019 as planned and then to join the euro area at the earliest two to three years later (2021/2022).

Bulgaria’s persistence has now clearly defined the euro entry path in the post-crisis era. For the next potential candidate for accession (Croatia), there is clarity about the conditions of accession. In a way, this is Bulgaria’s merit. For a long time there was too little clarity here, especially since it is becoming transparent that the rules for joining the euro area have clearly changed. However, this does not imply discrimination, but takes account the fact that the euro area and its economic governance have developed substantially in recent years. Some elements have been added to the euro area governance that were not implemented in the very beginning, mostly because of political reasons or benign neglect. In addition, further deepening steps are currently being negotiated, above all in the sphere of the “Banking Union” (e.g. joint deposit guarantee, possibly also more joint efforts in the area of money laundering). In this respect, it is only logical that a more detailed examination of the banking sectors and macro-financial imbalances in potential euro area members should be carried out – before any irrevocable commitment is made. The new rules for the introduction of the euro also show how the euro area has developed over the almost twenty years of its existence. At the time of euro adoption, the dominant view was more optimistic or possibly even naïve. Back then it was assumed that a euro entry alone would ensure sustainable convergence, while national macro-financial imbalances in the euro area would be less relevant. Two decades and a deep crisis later, a healthy dose of skepticism prevails. The euro area crisis has shown that convergence in the euro area is not a self-perpetuating phenomenon and that national macro-financial risks may well jeopardize the euro area as a whole.

Although Bulgaria’s entry into the euro area will take longer than the pre-crisis rules would have required, this also offers benefits for Bulgaria. The country is now joining a stronger and hopefully more crisis-resistant euro area than it was when it was founded and adapted to the criteria of our times. In addition, only countries that have undergone at least as hard a test as Bulgaria will join in the future.