A quick guide to Budapest 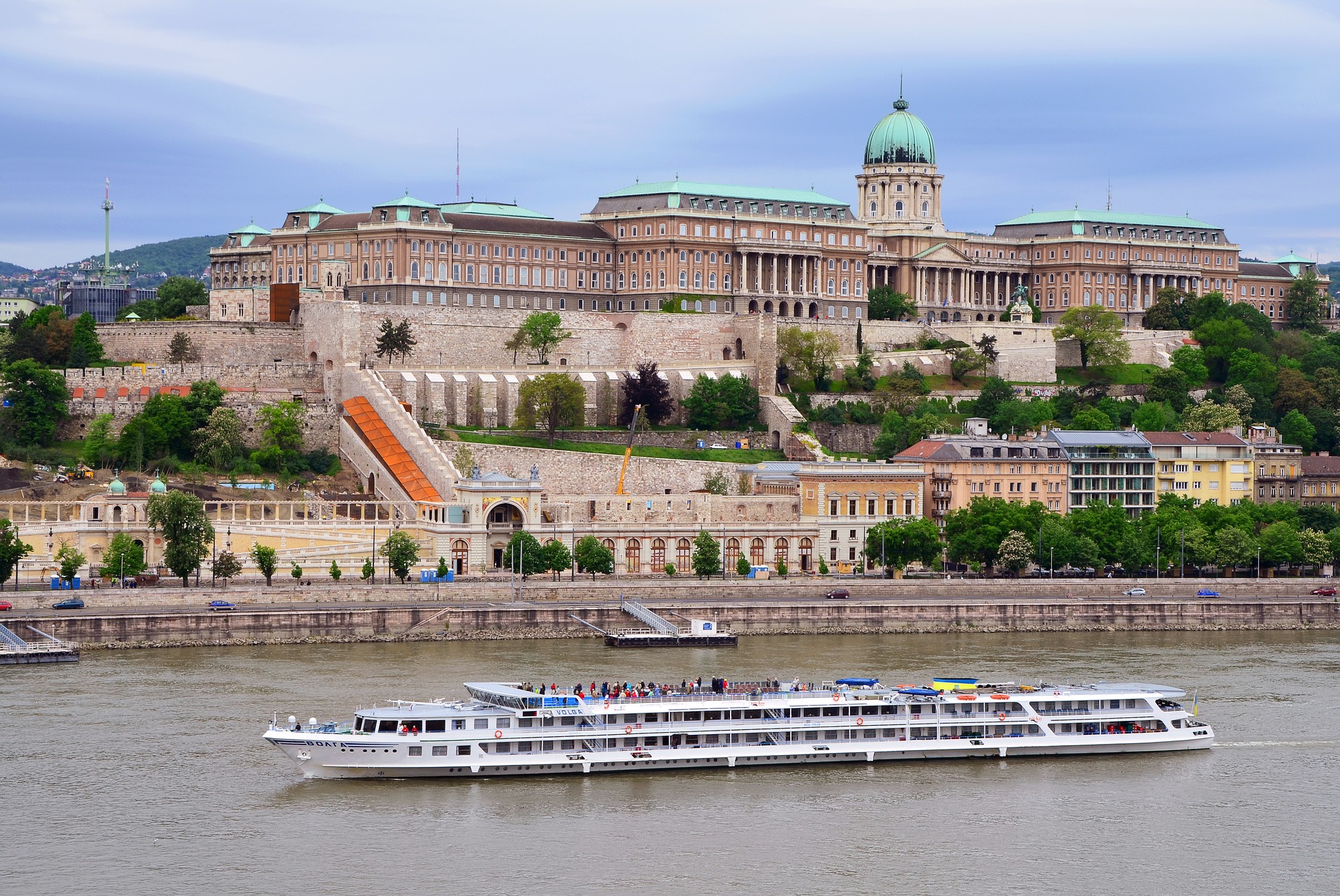 No matter if you travel to Budapest for a long weekend or just have some hours to spare after a hard business day before going back to the airport, the treasures featured in our quick guide to Budapest are always a good choice to visit. 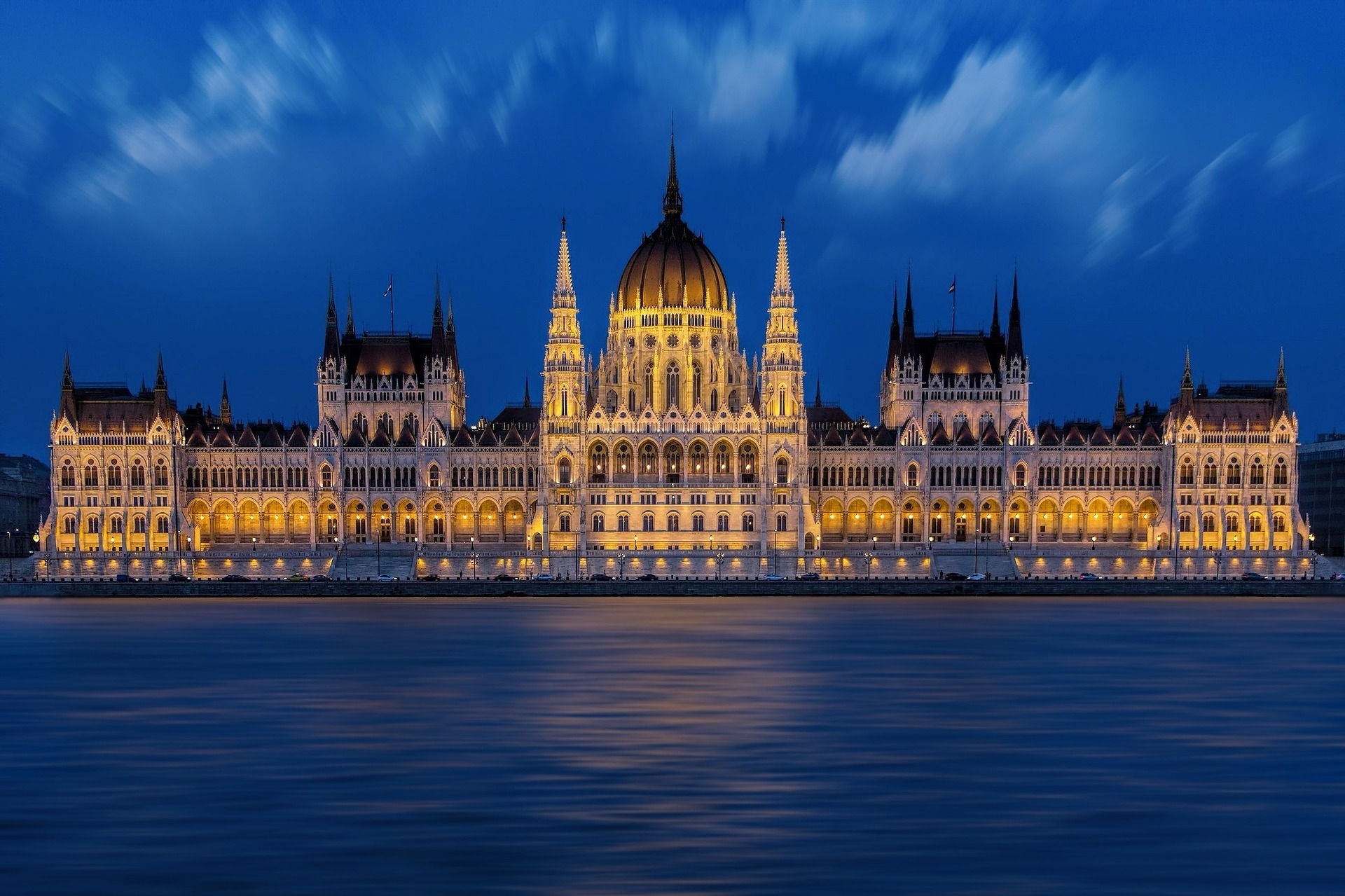 First you can start with the parliament, which is easily accessible by public transport. The building was constructed between 1885 and 1904 in gothic revival style alongside the bank of the Danube. Inside, visitors can find 13 elevators, 29 staircases and 691 rooms. In the media the two absolutely identical parliament halls appear most frequently, one is used for the parliament meetings, the other one mostly for conferences and tourism. The Holy Crown of Hungary can also be found in the Central Hall. Although the parliament is nice enough on the outside, it is also worth to join a guided tour to see its beauty inside as well.

Your next visiting point could be the Castle District area, a 15 minutes’ walk from the parliament building across the famous Chain Bridge – also a very popular “must see” in Budapest. After crossing the Danube, you arrive at the funicular station, with you can take to the top of the Castle Hill. 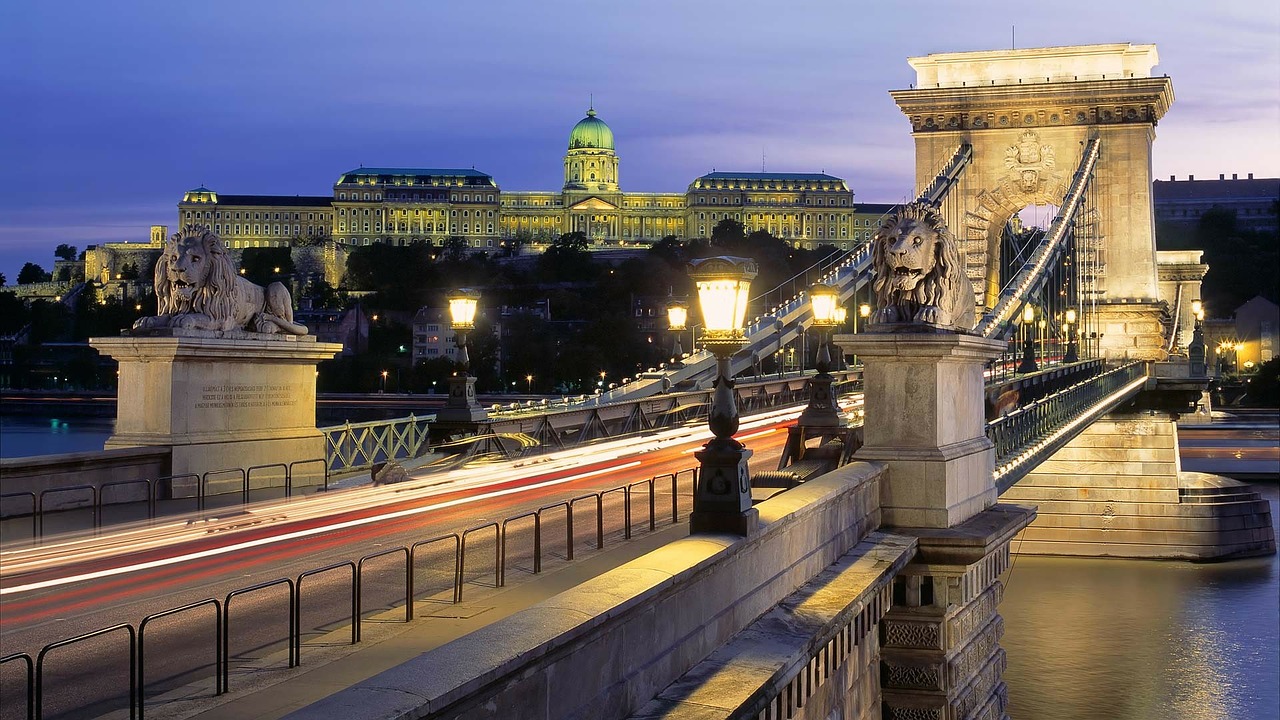 The Castle District was built between the 14th  and 20th century and offers a very special historic atmosphere in the heart of the city. On a nice walk you will pass medieval, baroque as well as neoclassical buildings and discover not only the “peaceful and happy” past of the city but be able to enjoy an overall cultural experience. During your walk you will be able to see the famous Roman Catholic Matthias Church (founded in the 11th century) and the Fisherman’s Bastion with a magnificent view to the city. You can also enter Buda Castle, which houses the Hungarian National Gallery and The Budapest History Museum.

Let’s leave the Castle District with the castle bus to its final station: Deák Ferenc Square. Get on metro line 1 – the oldest underground of Budapest, built in 1896. In its tiny yellow coaches, you can travel to Heroes Square, surrounded by well-known buildings: the Museum of Fine Arts and the Hall of Art. But the square itself also offers several things to see: the Millenium Monument dominates the place, but also the Tomb of the Unknown Soldier is worth a visit. 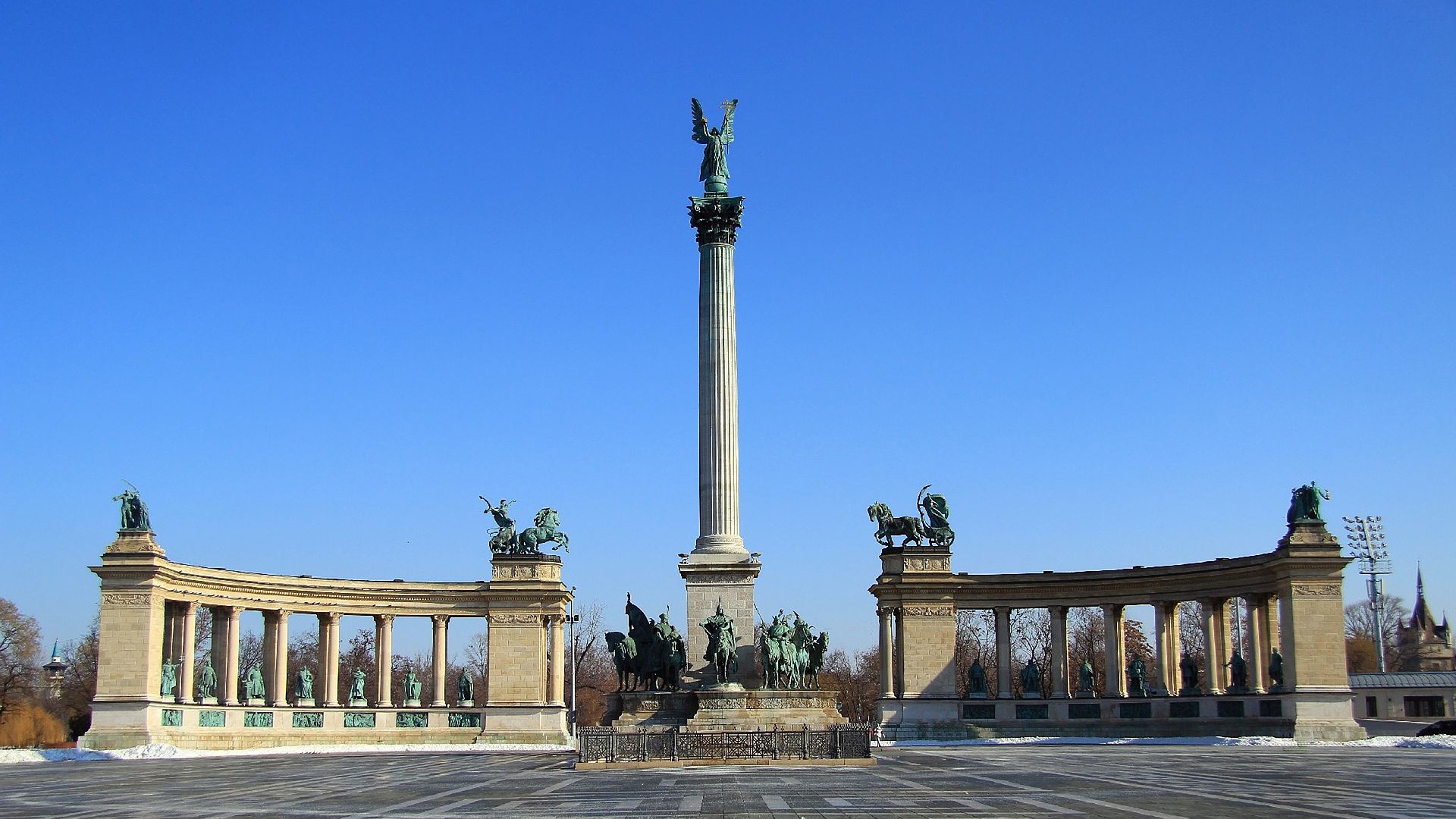 Now you have the choice to continue to either with more cultural sights or in a more relaxing way – or maybe both? If you visit Budapest during winter, a big and popular ice rink welcomes you just behind the square. In summer you can rent a small boat for a lake-cruise instead. Nearby you can find the Budapest Zoo or, if you need to relax, you can easily reach the very popular Széchenyi Bath, one of the larges bath complexes in Europe, offering 21 pools. 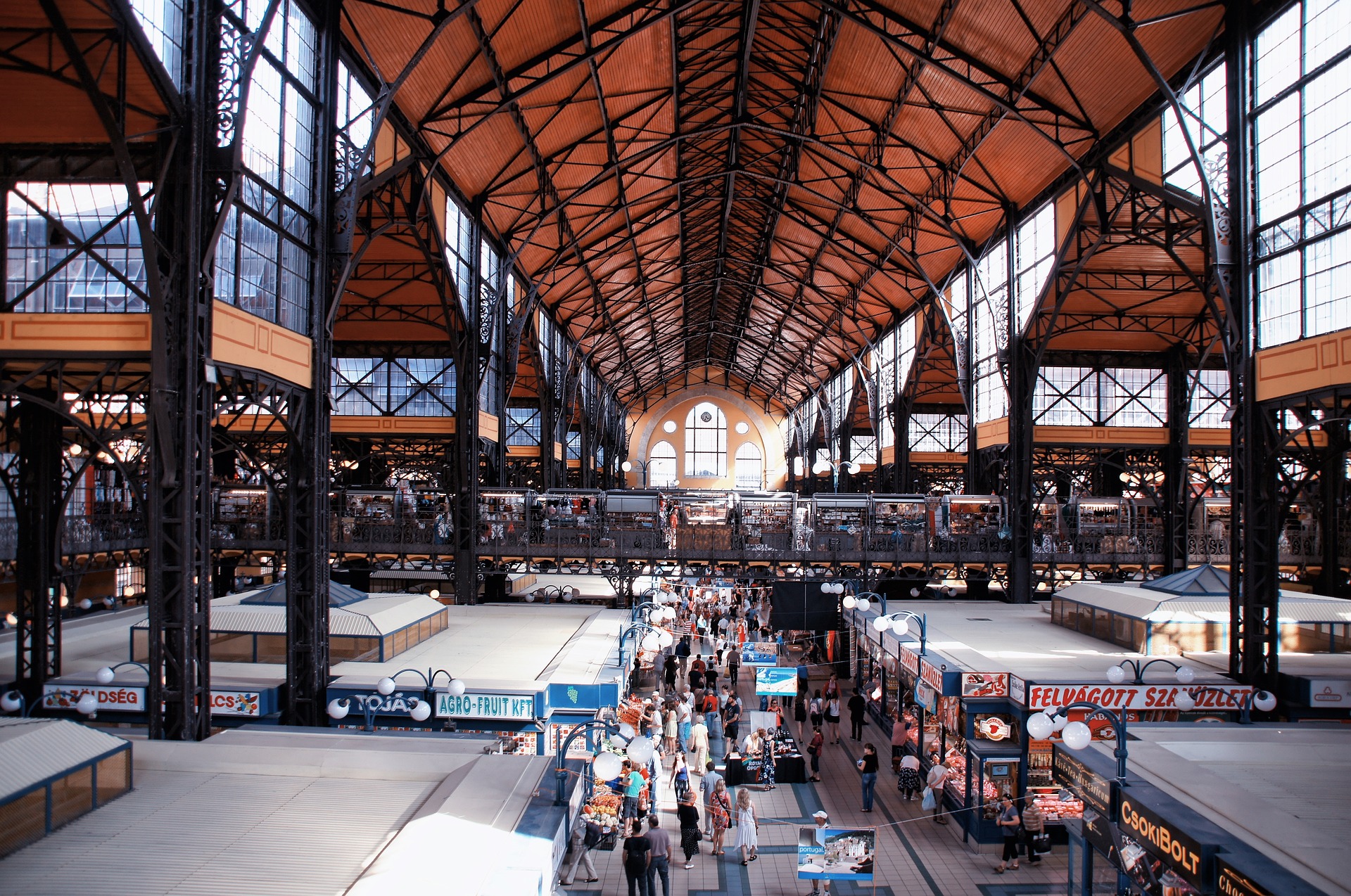 One of the most perfect places to end your trip would be the Great Market Hall at Fővám Square where you can collect some typical Hungarian souvenirs or have a late lunch – accessible with a 15 minutes’ trip by metro (line 1 and 3).  All sorts of goods are available on three floors, e.g. fruits, vegetables, dairy products, salamis, Hungarian paprika, Tokaj wines and some Hungarian snacks like “langos”.

If you skipped the Széchenyi Bath, you can visit the nearby famous Gellért Bath – only one stop away with the brand new, fully automated metro 4. There you can take a swim in the pool hall or enjoy the wave pool during summer.

7 facts about the Austrian National Library

Easter holidays in Czechia, a festival of whipping

Cycling through CEE – Part 2: From Vienna to Bratislava and Budapest

The new Romanian cuisine – a reinvention of ingredients