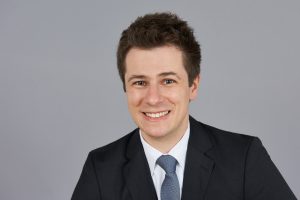 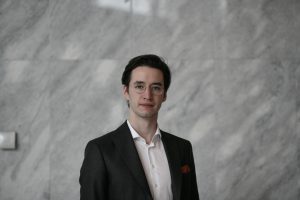 Reinhart and Rogoff famously distinguish between four types of crises in their book “This Time Is Different”, namely international debt and banking crises, inflation, and currency crashes and debasements. We analyse the question on the interrelation between banking crises and FX distortions. In more detail, can FX stress lead to significant problems in the CEE banking sector? To analyse this question, we have a closer look at CEE-B7, Sberbank, and VTB. CEE-B7 includes Erste Group, UniCredit, Raiffeisen Bank International (RBI), Société Générale, KBC, Intesa Sanpaolo, and OTP. Banking crises have long been a fact in advanced, as well as developed nations. The similarities between the different crises are striking and will be analysed first in this article. Subsequently, the question of FX risk will be described in more detail. We do this by having a look at the asset allocation of the nine lenders in question. The dependent variable in our system analysis are asset prices of the aforementioned banks.

To start with, banking crises are described in more detail. Common patterns are analysed which range from asset prices and economic activity to external indicators. Also, sequencing is given a particular focus in our report as a banking crisis is defined by events. We examine the prices of bank stocks in relation to certain drivers, in most cases the level of the exchange rates weighted by the asset allocation of the specific bank. Currency volatility can be a source of risk itself but can also hint to wider problems such as a deterioration in asset quality or an increased level of bankruptcies and nonperforming loans.

In many cases, currency volatility brings to light so called institutional failings. Indeed, the modern literature speaks of soft factors such as corruption, and governance. Also, risk-sharing mechanisms tend to break down due to balance sheet mismatches. And lastly, capital flow reversals in times of currency stress is another factor significantly weighing on risky assets and hence, making turbulences in the banking sector more likely. These factors are generally known as institutional vulnerabilities and can lead to troubles for affected lenders. With our analysis, we are not only looking at past periods of FX distortions and the susceptibility of risky asset prices from major lenders in CEE to FX changes, but it is to some extent also a look into the future. Is the CEE banking sector facing fragilities with respect to movements in exchange rates?

The other important question, we would like to briefly touch upon is that not only exposures to different currencies in the asset allocation are time varying but also the vulnerabilities itself. For instance, the war in Ukraine and the subsequent Russian rouble crisis has led some lenders to reduce balance sheet mismatches and better manage its currency exposures. Consequently, the question is whether the same shock would have the same effect on the CEE banking sector today? The answer is no. A mitigating factor, however, to this no is that we always fight the last incidence and the next one is for sure different. Thus, we believe that our analysis, even though based on historical data, can indeed give some guidance on the future susceptibility of the CEE banking sector to FX distortions in the region.

As a next step, we describe shortly the lenders under review. Raiffeisen Bank International (RBI) has a relatively diversified asset base, although biased towards Russia relatively to its direct competitor Erste Group. In contrast to RBI, Erste Group has significant assets in the Czech Republic. OTP, as a Hungarian lender, holds the majority of its assets in Hungary. UniCredit has a diversified asset base similar to RBI. Hence, one would expect asset prices of both lenders to react similarly to exchange rate distortions. Similar to Erste Group, also Société Générale holds significant assets in the Czech Republic; again, one would expect risky asset prices of these lenders to react similarly to shocks. The aforementioned is valid for KBC given the exposure to the Czech Republic. Intesa Sanpaolo is more focused on low beta markets in terms of currency volatility and thus, its asset prices should be shielded. Sberbank and VTB, as Russian lenders, should be significantly influenced by movements in the Russian rouble.

To proceed, we describe the econometric analysis. As stated above, the dependent variables are the share prices of each financial institution. To analyse shocks, the log differences are taken to obtain relative changes. In contrast to this, the independent variables are less straightforward. In order to determine the exchange rates of relevance, the banks’ most important subsidiary markets are considered per each lenders’ asset allocation. For the evaluation of shocks in the exchange rates again the log differences are taken. As daily data contains too much noise, we aggregate them over a weekly horizon and use a generalised least squares (GLS) technique to draw conclusions.

Further, we employ a principal component analysis (PCA) on the CEE currencies. This is done in order to find an underlying factor with which we then use to stress equity prices. In order to obtain no single reactions of the individual institutions but rather an aggregated effect as a proxy of the banking sector of the CEE region, we take the aggregated average log-ed shocks. Regarding the PCA, a change of basis is performed in order to obtain the FX-shocks and lastly, the resulting time series is reduced to the most dominant dimension. Hence, a common CEE FX factor helps to determine the susceptibility of CEE lenders to FX shocks.

With respect to the outcomes, the GLS estimation tends to provide intuitive results for most, but not all banks. It is different with the principal component analysis as a clear negative reaction of the banks’ equity market value is obtained when stressed with the CEE FX factor. The analysis shows that to a large extent the explained variance is dominated by one single component, namely the CEE FX factor. To conclude, it is shown that major CEE lenders had historically been quite susceptible to changes in currencies. We believe that this is not going to change due to the various channels described above, even though the beta to the shocks itself might be decreasing somewhat due to FX hedging programmes. Whether banks learned the lessons from past currency shocks and actually, implement such hedging programmes is a different question.

Lucas Darius Konrad is working as student support at Economics/Fixed Income/FX Research at RBI and a master’s student in Economics specialized on financial markets, development economics and econometric analysis.