By Zoran Petrovic | CEO of Raiffeisen banka in Serbia 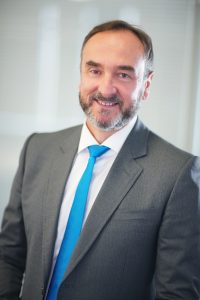 In politics, as in life, you need to have anchors. For Serbia, this anchor is the EU accession path. On this path to reach the EU, by complying to the mandatory accession standards (political, economic, reform), Serbia is transforming itself into a modern society for the benefit of its citizens and the economy, but also regional stability and security. Without this anchor, establishing such a society/state would be very doubtful.

Serbia is a part of Europe, not only geographically, but also economically and culturally. The EU is, above all, the most important peace project on the territory of Europe that has made possible peace, economic and every other prosperity to a huge number of people. The story on the EU accession of Western Balkans countries is for the most part, economically speaking, a story of Serbia. The Serbian GDP share in the GDP of Western Balkans countries is 50 per cent. The degree of economic integration of Serbia with the EU is very high.

Serbia realizes as much as two thirds of foreign trade with EU members. EU-based companies account for the greatest inflow of foreign direct investments (FDI). According to data from the Central Bank, FDIs from the EU participate with 73 per cent in the cumulative amount of FDIs for the period of 2010-2017. They brought know-how and high standards of corporate governance, employing a great number of people. If we talk about financial integration, foreign banks with head offices in EU countries – Austria, France, Italy, Greece – make up for more than 60 per cent of banking assets in Serbia. The EU is also the greatest financial assistance provider. So, the degree of economic integration already is quite high and there are no easy wins anymore.

The path towards the EU also means a more responsible approach to running public finances, because which club would need countries with devastated public finances and inflation. In this segment, Serbia has been achieving good results for the past three years – public debt was reduced to below 60 per cent of GDP, the budget has been in surplus for the past 36 months, inflation is single-digit and low and credit rating has improved.

Key support of the EU is also important in segments like building and strengthening institutions that guarantee democracy and fundamental rights, rule of law, fighting corruption, strengthening competitiveness and improving the investment climate, ecology and public administration reform.

The accession path also contributes positively to reconciliation and good neighbourly relations, as well as energy and transport relations and is key in today’s circumstances of negotiations as regards regulating the relationship of Serbia and Kosovo.

Last, but not least, the EU is much more than a political union – it is a system of values, a way of thinking and an attitude towards society and individuals constituting it, that each modern state, including Serbia, should strive to achieve.