By Angelina Krutova, Raiffeisenbank in Russia | 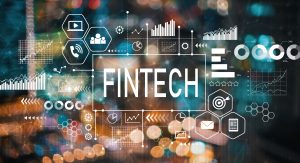 The Russian fintech market has been growing significantly for the past two years in terms of both the number of deals and the volume of investment. The market has several particularities: Russia is a leading global supplier of IT specialists and some areas such as P2P lending, crowd investment and cryptocurrencies have yet to be regulated.

According to some fintechs the key hurdles facing the Russian market include the low interest of external investors, the low spending power of the public, geopolitical risk and the inflexibility of the tax authorities. In 2018 the Russian Central Bank created a regulatory sandbox in order to encourage new financial services and technologies such as a system of fast payments, a unified system of biometric identification and a financial supermarket. Accelerators such as FRII accelerator and HSE incubator regularly support the development of fintech startups.

Fintech partnership programs designed to help early-stage startups to meet market needs were set up in 2018 by Sberbank, Raiffeisenbank, Tinkoff and Alfa Bank. Several banks also acquired startups in the field of loyalty and payments, including Alfa Bank (Cardsmobile) and Tinkoff (Cloudpayments). The UK fintech unicorn Revolut also entered Russia in 2018 via a licensing deal with Qiwi Bank.

Russia’s Central Bank has launched a Fintech Association and a sandbox designed to support further development. The FinoPolis fintech forum also strengthens the fintech ecosystem. Cryptocurrencies and tokens are legal but discouraged as a means of payment while ICOs and crowdfunding have gained popularity as alternative sources of capital. Accelerators and incubators such as Russia Fintech Lab, Huobi, Digital Horizon and Digital October are active in Russia as are 70+ VC firms, who invested a total of over 212 million euros in 2017.

If you are interested in fintechs in CEE, Raiffeisen Bank International has provided a comprehensive overview of the fintech ecosystem in the CEE Fintech Atlas 2018.