“We are not afraid to be different, after all we believe that each of us is beautiful thanks to our own uniqueness. You just need to believe in yourself and your power and be steady in your purpose”, KAZKA band’s vision. 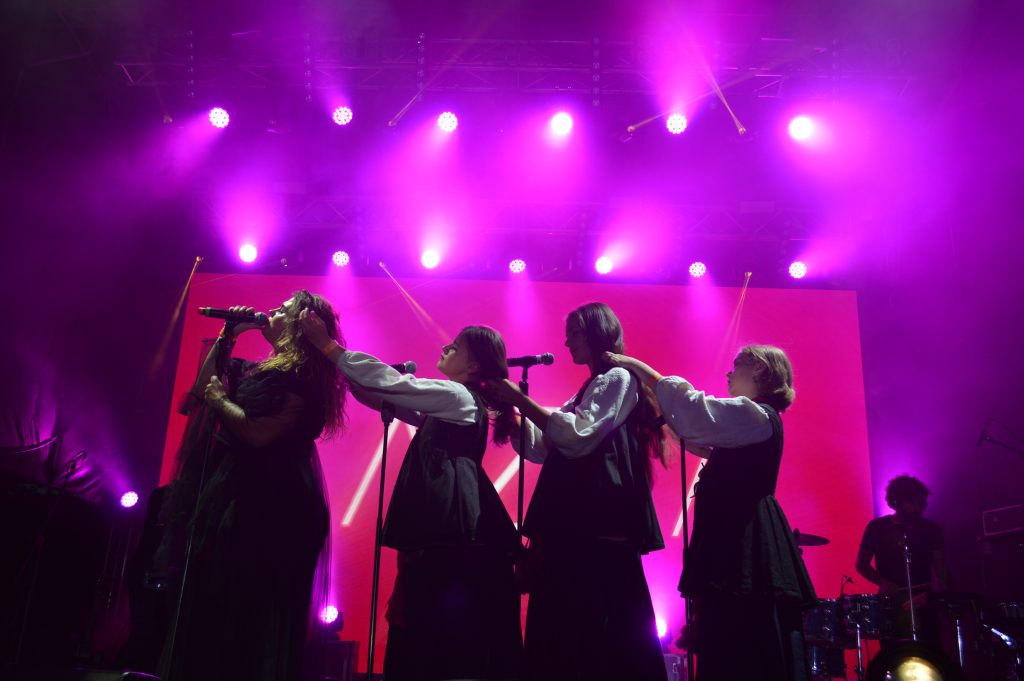 The Ukrainian band KAZKA (“fairy tale” in Ukrainian) became a real breakthrough of the year 2018. Its history sounds like a fairy tale. The Ukrainian-language song “Plakala” (“Cry”) of the band entered the Top 10 of the world’s chart Shazam and got more than 100 million views on YouTube. The band topped the charts in many countries, including Ukraine, Latvia, Bulgaria, Armenia, Kazakhstan, Uzbekistan, Belarus, Russia, etc. The music style of KAZKA is pop with elements of electro-folk. Band members are lead vocalist Oleksandra Zaritska and the two multi-instrumentalists Mykyta Budash and Dmytro Mazuriak. 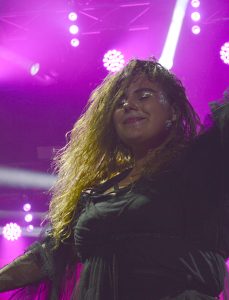 Ukrainian singer Oleksandra Zaritska, the frontwoman of the band KAZKA at the 2018 MRPL City Festival by Ivasykus used under CC BY-SA 4.0

Oleksandra Zaritska likes to sing in Ukrainian and it is one of her claimed goals to “popularize Ukrainian songs”. Oleksandra is 26, was born in Kharkiv and graduated from the Yaroslav Mudryi National Law University, but then decided to devote her life to music and singing. She moved to Odessa, performed in pubs with various bands and learned music by practice. At one such occasion, she was noticed by a scout from the Ukrainian music label Mamamusic. In 2017, Oleksandra moved to Kyiv and teamed up with Mykyta Budash, presenting their first single “Sviata” (“Holidays”) at Ukraine’s X-Factor music show in 2017. The video of Kazka’s first performance was viewed by millions and “Sviata” immediately became a radio hit.

Following suit, KAZKA released their second single “Dyva”, which made it to the first place in the iTunes charts right on the day of its premiere. With this success, the band earned their title “Best Debut of the Year” from the online magazine Karabas Live.

At the beginning of 2018, Dmytro Mazuriak, who plays more than 30 wind instruments, joined the band. The band released their debut album called “Karma” and performed their first solo show in Kyiv. The genre of the new album is experimental pop mixed with electronic rhythms and Ukrainian folk themes, with all the lyrics – of course – in Ukrainian. The album includes ten tracks, among them some previously released KAZKA hits as well as new releases. The band presented the album live at their first solo show at Kyiv’s Atlas club on 1 June 2018.

A lot of success followed: The single “Sviata” was called “best pop band song” and the band was recognized as “Best Debut” by the national radio station Kraina FM. The whole band was given the title “Breakthrough of the Year” several times and their song “Plakala” received the “Hit of the Year” award and was featured in the rating of Ukraine’s most popular tracks according to Apple Music. In autumn 2018, the band want on a Ukraine-wide KARMA tour, during which drummer Yevhen Kostyts and a trio of chorists (Vasylyna Tkachuk, Daryna Salii and Yaryna Sizyk) joined them.

In 2019, the band finally presented an English version of their hit “Plakala” called “Cry” and started working on their second album titled NIRVANA. They have also planned a big tour around the USA and Europe.