By Anna Gorshkova, Raiffeisenbank in Russia |

Prior to moving to Moscow in January 2016, Roland Wass, Head of Risk and Credit Management at Raiffeisenbank Russia, spent 13 years in Belgrade working for Raiffeisenbank Serbia. He spoke to Discover CEE about the challenges of moving to a new country, cultural and professional differences between Austrians and Russians, and reveals what he likes most about his new home: 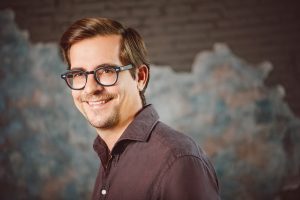 I was born and grew up in Salzburg. When I was 30, I left my hometown and went to Vienna to work for Raiffeisen Bank International. After that I spent 13 years in Belgrade, Serbia, until one day Mr Strobl called and asked me if I wanted to give it a go in Russia. I met Sergei Monin (the CEO of Raiffeisenbank Russia), and we talked for a long time. I knew it was a great opportunity; however, the decision was not easy. My son hated the idea of moving to Russia. Of course, now when he talks about home, he means Moscow, but back then, it was very difficult for him. After discussing the offer within the family, we decided to embrace this challenge and move to Moscow.

On the people of Russia

When you are moving to a new country, the most important thing is the people, and I like the people here in Russia very much. I don’t think the differences between Russians and Austrians are so big, it’s easy for us to understand each other. At first glance, Russians are more reserved than Austrians, but when I became acquainted with them I realized that they are very open. I like the straightforwardness of the Russian people. In Russia, I always get direct feedback. This doesn’t happen automatically, you have to ask for it, and if you do, you can be sure that you will get a straight answer. I believe that you have to invest time to get to know people better.

I was astonished at how professional and educated the people around me are. I have nothing but the greatest respect for all my colleagues here. It is impressive how innovative Raiffeisenbank Russia is and how fast it is changing, much faster than I thought. I definitely became more professional and learned a lot here. I have been working in banking since 1991 and I think I have grown professionally in the last three years like never before in my career.

On life in Moscow

After three and a half years here I already know that when I leave Russia it will leave a big and very deep impression on me.

I have my own favorite Russian songs. I really like Zemfira, but I also like the Russian anthem. I like the culture scene here – so much talent – I really adore it. It is great that after a long working day you can go and enjoy modern dance, for instance, or a performance at the Bolshoi. Wherever you go, you will find top quality, that is amazing.

I try to be outside as much as possible since I like to walk through the streets or ice skate in winter in Gorky Park or VDNKh. I even got to like the cold weather, and now I see the beautiful side of it. I enjoy it when it’s really cold. For example, I prefer St Petersburg in winter when the rivers are frozen, and it’s minus 20 degrees outside and the sky is blue.