Last time we read some preliminary remarks about legal aspects of virtual currencies. This time we will dig a little deeper into the matter. The law firm Stadler Völkel have addressed some of the legal questions that have been raised and try to provide answers from an Austrian law perspective. Oliver Völkel and Julia Heinisch share their perspective on private law with regard to cryptocurrencies with us. 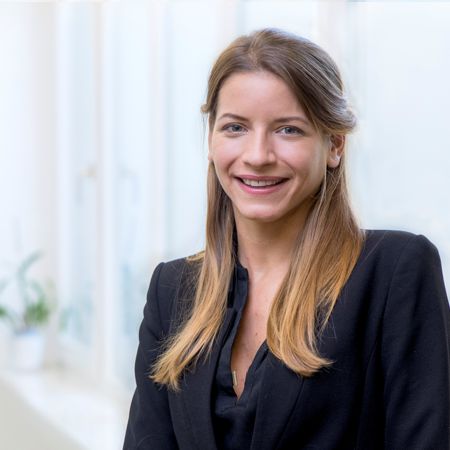 The question of how virtual currencies or cryptocurrencies should be qualified from a private law perspective is becoming more and more relevant. Entrepreneurs who are handling virtual currencies need clear guidelines. Questions arise even in the context of the most ordinary business tasks.

In order to provide sound legal insights, it is important to have a common understanding of what virtual currencies actually are, and how they work.

Definition of Virtual Currencies and Their Technical Background

Since virtual currencies are a fairly recent phenomenon, it is not surprising that until today a legal definition does not yet exist. However, a first attempt of providing a legal definition is already taking place on European level.

The current draft of the updated Anti-Money Laundering Directive defines virtual currencies as follows: “digital representation of value that can be digitally transferred, stored or traded and functions as a medium of exchange, but does not have legal tender status in any jurisdiction and which is not funds as defined in point (25) of Article 4 of the Directive 2015/2366/EC nor monetary value stored on instruments exempted as specified in Article 3(k) and 3(l) of that Directive”

This legal definition does not provide much insight for a deeper legal analysis. In order to make a sound legal assessment, a wider understanding of the underlying Blockchain technology is essential. The following is a description of how Blockchains work, based on the example of the Bitcoin-Blockchain. 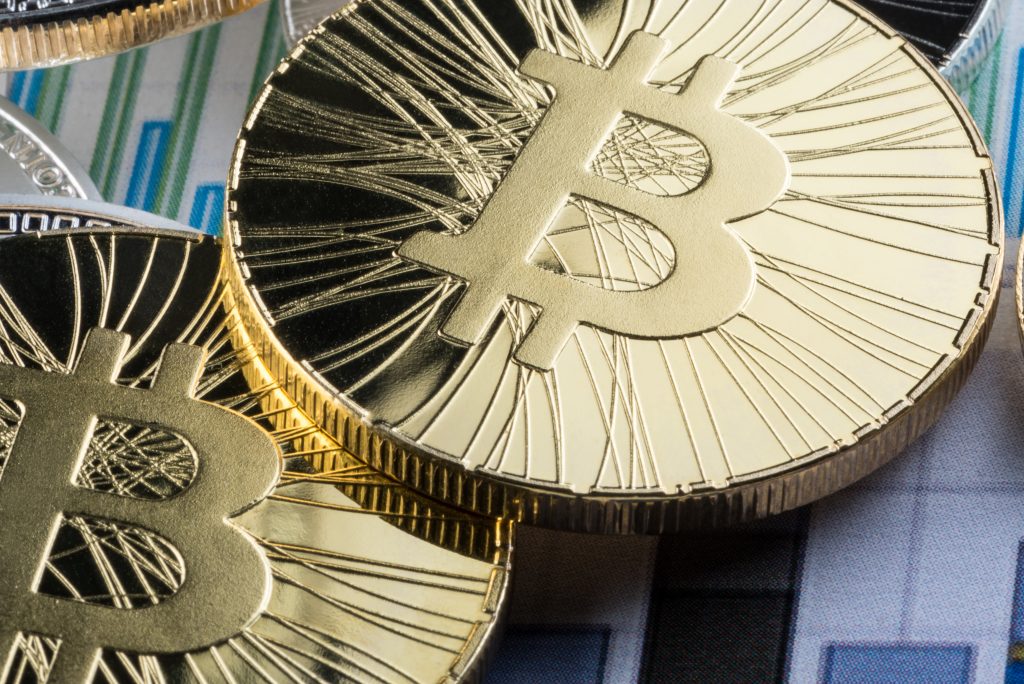 A Blockchain—also known as a distributed ledger—can be described as a public and decentralized ‘account book‘ that permanently records transaction data. ‘Public‘ means that everyone can view every single transaction that has taken place in the past. The entire transaction history is stored in the account book. ‘Decentralized‘ means that there is no central authority (like a bank or, ultimately, politics) in charge of the account book. Instead, a multitude of nodes in a peer-to-peer network constantly synchronize the data stored.

Anyone can create unlimited numbers of new ‘empty accounts‘ in the account book. These accounts are called addresses on the Blockchain. The address is, broadly speaking, an alphanumeric string. In addition to information about what amount of a virtual currency is assigned to which address also every single transaction ever conducted is visible on the Blockchain.

Blockchain technology ensures consensus among all participants in the peer-to-peer network about whether and when a transaction took place. To achieve this, in a first step new transaction requests are collected in a pool of unconfirmed transactions. Each individual transaction documents the amount of Coins transferred as well as the sender and recipient address.

To confirm transactions, all computers working in the peer-to-peer network examine in parallel whether the pooled transactions comply with the previous transaction history. In a second step, the transactions then are confirmed, if no contradiction becomes apparent (such as in the case of double spending). The confirmation itself is carried out by solving a complex mathematical task. The computer that confirms the pooled transactions first records this in the form of a new ‘block‘. This new block of transaction information is then distributed to all other participating computers in the network. Once a block has been created and distributed across the peer-to-network, the confirmation process of the next block of transactions starts. After a while, one block of confirmed transactions joins the next, hence the name ‘Blockchain‘.

While a block is being calculated, the network is constantly receiving new transactions waiting to be confirmed. It may therefore happen that two computers create a new block of transaction information at the same time. In this case the Blockchain suddenly has two ends with different confirmed transactions.

To receive units of a virtual currency, it is sufficient to know the address. For transferring units from a senders address to a recipients address, however, knowledge of the private key is required. Only the person who knows the private key of the sender can allow the transfer to another address.

The private key can be stored digitally or printed out and then stored offline. Sometimes, the private key is stored by a third party. This might be the case when using an exchange service or a wallet software. A wallet is an application that allows users to manage virtual currency addresses and associated private keys for signing a transaction. The key management is usually done automatically in the background, often without users noticing this consciously.

For the purposes of this article, the term ‘virtual currency‘ is used exclusively for digital assets based on the Blockchain technology. To clarify if the following considerations also apply to a certain digital asset, it is necessary to previously answer the question whether the technology used is at least comparable to the Blockchain technology as described above. At least three requirements are essential in this regard:

Units of a Virtual Currency Are Not Receivables

As already mentioned above, the distributed ledger technology provides the basis of cryptocurrencies. This suggests an analogy to bank accounts and banknotes or deposit money. But unlike deposit money, Coins of a virtual currency do not represent a receivable against third parties—notice that this statement might not apply to Tokens.

To summarize, units of a virtual currency do not constitute a financial claim vis-à-vis a bank or other institution. They are, as we have already learned, mere data records in the digital account book called Blockchain. The value of virtual currencies generally results from the possibility of transferring them to other people, while only those can initiate a transfer who are in possession of the respective private key.

The Austrian General Civil Code defines ‘things‘ broadly and includes not only objects in its general understanding. As a result, also new developments like software or internet domain names can easily be classified as things in the sense of § 285 of the Austrian General Civil Code. According to the Austrian law, two requirements have to be met in order for something to qualify as a ‘thing‘: Firstly, things must be different from humans, and secondly, things must serve a purpose for humans to use which is complemented by a characteristic of ‘controllability‘. Accordingly, uncontrollable phenomena like air, the open sea or the flowing water do not qualify as things.

Virtual currencies meet both requirements stated: They are used to exchange value and have payment function. Also, they can be controlled by people. In terms of controllability, virtual currencies are much more controllable compared to other digital assets. Without knowledge of the private key, transferring units to another address is impossible. In comparison, software or music files are also regarded as things in the sense of the Austrian General Civil Code although they cannot be controlled that easily; in fact they can be copied rather simply and without limitation. To summarize, virtual currencies can be classified as things in the sense of § 285 of the Austrian General Civil Code — with all legal implications resulting from that classification.

Transfer of Ownership of Virtual Currencies

Under Austrian law, property is generally transferred in two steps, requiring a title and a mode. The agreement between the parties to transfer an asset may serve as a valid title; however, this only creates an obligation to transfer ownership over this asset between the parties. In principle, units of a virtual currency can be subject to all contractual transactions eligible for other intangible assets. Purchase agreements, barter agreements, donations or loan agreements can also be concluded for virtual currencies. However, the actual transfer of ownership happens only after the mode of transfer is fulfilled.

From a technical point of view, for a transfer from a sender address to a recipient address, an entry of this transaction must be made in the Blockchain. By this transfer from one address to another address it is technically ensured that only the receiving person is able to further transfer the units of the virtual currency.

Can this specific technical requirement to transfer an asset also have legal relevance? The following case can serve as an illustration for this question: Let’s assume that A sells B five Bitcoins which are stored under a certain address. A informs B about the address and provides B with the private key linked to this address. B is now able to dispose of the Bitcoin. However, in this case, no entry on the Blockchain was ever made. Is the mere act of informing B about the specific address and private key sufficient to transfer ownership over the five Bitcoin from A to B? An analogy to principles of property law and tangible assets may help to keep track of the legal procedures involved.

Transfer of ownership over tangible assets under Austrian law usually requires their actual handover, whereas for real estate, the registration in the land register is necessary. Property is transferred only when the transferee has actually acquired power to control the asset, and this power is also noticeable by third parties. As long as the transferor can still dispose of the assets in question, the transferee therefore has not sufficient power to dispose of the assets in order to obtain ownership. The mode for transferring ownership in the context of virtual currencies thus is their transfer to a new address on the Blockchain where the associated private key is in the sole control of the transferee.

Pledge Agreement and Security Transfer of Ownership
Under Austrian law, also for the establishment of a pledge, title and mode are required. The contractual agreement between pledgor and pledgee to establish a pledge over certain assets serves as a title. To have a valid mode for the establishment of a pledge, a publicly noticeable act must be made. Currencies are generally considered to be movable assets. For such moveable assets, usually the assets in question must be handed over to the pledgee.

Austrian law requires that the pledged assets can no longer be disposed of by the pledgee. From a technical point of view, this can be ensured by transferring the unity of a virtual currency to a new address where the associated private key is known only to the pledgee. The actual transfer to another address is therefore necessary for the establishment of a pledge on a certain amount of a virtual currency.